“Back to that VIP. It’s the son’s birthday today, and he’s having a party… I’ll get my scotch there.” 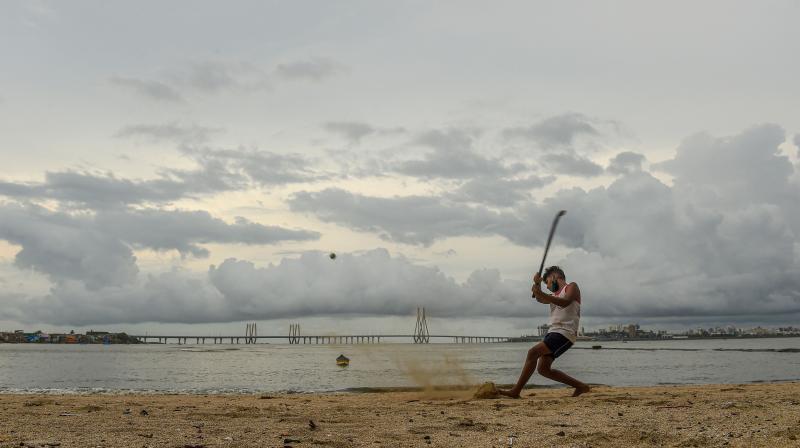 Lying in bed at night at home by Someshwar beach, it’s hard to believe that the economy has slowed down. The quiet is broken by the roar of diesel engines as trucks carry sand away from the beach. It’s all illegal, this sand mining, but it goes on through the night and most of the day despite recent headlines in a newspaper claiming that the Mangalore police have cracked down on it.

Complaints to the local police had unexpected consequences. They brought a visitation from a gangster – a minor gangster, but big enough to deter senior citizens – who was recently released from prison after serving a sentence for murder. That was the end of the complaints.

I considered going higher up, to the Deputy Commissioner of the district, but then that’s time-consuming and useless. I went to the DC a couple of years ago with a complaint about the local panchayat breaking all sorts of rules for friends and relatives. After a dozen calls, four visits to his office and six hours of waiting, I got three minutes in the presence of the man to explain these troubles. A month later, there was a letter from his office saying that my complaint had been transferred to the local authorities, who would get back to me. They never did: it was like asking a burglar to investigate her own crimes.

At my wits’ end, I thought I’d wait for my friend Murthy, the one with the contacts in high places, to visit. Thanks to the lockdown, he’s been in these parts for some months, and drops in once in a while to drink my most expensive whiskey. The least he could do in return, I thought, was to get some high-up to stop the sand-mining, which is destroying what’s left of the beach after the sea is done with it.

Murthy turned up one weekend. My wife, being aware of his habits, went off to watch TV, leaving the two of us to ourselves. I still haven’t figured out how he managed to swallow, with no sign of haste, two large pegs of scotch, without giving me a chance to edge a word into the conversation. But then he bit into a samosa that was a little too spicy for him and had to shut up for a moment to let his tongue cool off and I grabbed the opportunity to present my case.

You have to hand it to the man. I gabbled my problems in the thirty seconds or so that it took him to recover, and he grasped it all. “So now you want me to see whether I can persuade some big shot to stop this illegal sand-mining, someone with enough clout to avoid interference from local gangsters or officials or both.”

“Yes,” I responded, and sat back to receive the flood of the rest of his monologue.

As he left that night, he paused at the door of his cab, an anonymous white hatchback, very unlike the Mercedes in which he made his first visit to my house. “I’m not sure it’ll work,”
he said. “No one else wants this to stop.”

“A few people here, a hundred voters, maybe, want the mining to stop,” he replied. “Thousands of others, voters for whom the sand means business, or work, or hope, will want it to continue.”

“The whole beach and the township will be gone in twenty years,” I said.

“Name one leader who looks beyond the next elections,” he told me. “Twenty years is long past any politician’s horizon. Five years is the absolute maximum.”

He dropped in again just three days later. My hopes rose when he walked in, but fell again when he started talking. For the first time in my experience, he seemed chastened, apologetic, and even humble. “What happened?” I asked.

“I blew it,” he said, with uncharacteristic directness. “One of these VIPs invited me home a couple of days ago. He told me that his security level had just been upgraded, so he’s got an armed guard now. His teenage son wanted to borrow the guard’s pistol to shoot at coconuts on a palm, and the bodyguard refused to hand it over. The VIP was chewing out the bodyguard when I got to his place, and eventually the bodyguard had to submit. After the boy went out, weapon in hand, the VIP turned to me, smiled, and said, ‘Boys will be boys. I was just like that at his age.’ He was in a good mood, for he then asked, ‘What can I do for you?’

“I told him about the sand-mining and the beach disappearing and so on, and he seemed to be thinking about it. I should have shut up then but instead I told him you were afraid your township would disappear under the waves in twenty years.

“His face lit up. ‘Does that mean that fifteen years from now we’ll build a sea wall there?’ he asked. I told him yes, and he smiled happily. ‘Elections are a part of politics,’ he said, ‘and you get used to winning about half the time. The important thing is your first election. If you win that, you’re doing fine. Building a sea wall there after some years will fund my son’s first election. So tell your friend not to worry. We’ll build him a sea wall to keep his house safe.’”

I didn’t know what to say, so I got up to fetch Murthy a whiskey. He read my mind, for he said, “I can’t stay for a drink. I’ve got to move on.”

“Where?” I asked, surprised.

“Back to that VIP. It’s the son’s birthday today, and he’s having a party… I’ll get my scotch there.”