Opinion   Columnists  08 Aug 2018  Article 35A is on domicile: What’s the fuss about?
Opinion, Columnists

Article 35A is on domicile: What’s the fuss about?

he hope of political right-wingers that Article 370 or Article 35A would be declared unconstitutional is also an unrealistic expectation. 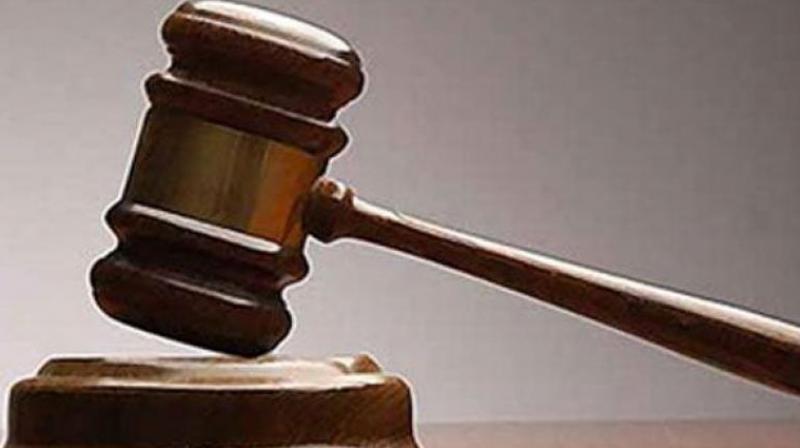 Article 35A should be even less intimidating than Article 370 because it is a mere question of domicile, which is a technical and tricky issue in Himachal as well as in Telangana, Nagaland as well as in Maharashtra.

It is necessary to accept after all these years that no one who challenges Article 370 of the Constitution, which accords special status to Jammu and Kashmir, or Article 35A, which is about who could be a permanent resident in the state, is now a part of the normal process of legal disputes, which the courts need to reinterpret in the light of the specific facts of the case, and that this does not challenge whether Jammu and Kashmir is part of India or not. Many individuals and groups from the political right have a grouse against Article 370 and they have always interpreted it to mean that it dilutes Indian sovereignty, which is persuasively misleading. Article 35A is about who is a permanent resident in J&K. There could be arguments about the specifics and there could be legal interpretations which have to be within the constitutional framework. The hope of political right-wingers that Article 370 or Article 35A would be declared unconstitutional is also an unrealistic expectation.  It is more about domicile, which is an issue in every state, and it does not mean that those living in J&K are or are not Indian citizens, even when the argument is framed on that binary.

The political anxiety over the case now pending before a three-judge bench of the Supreme Court headed by Chief Justice Dipak Misra is a normal response, where each of the political players in the state – the Peoples’ Democratic Party (PDP) and the National Conference (NC), as well as the new group, Joint Legal Resistance League (JRL), comprising separatist leaders Syed Ali Shah Geelani, Mirwaiz Umar Farooq and Yasin Malik, has upped its ante.

There are many in J&K and elsewhere in the country, especially in New Delhi, who look at any issue concerning Kashmir in apocalyptic terms. There are those who feel that if there is a reinterpretation of the special status accorded to the state, then it would mean the end of “secular” India. On the other side, we have the argument from the days of the Bharatiya Jan Sangh (BJS), the Bharatiya Janata Party’s prequel, under the late Syama Prasad Mookerji, that the special status for J&K implies the diminution of the Indian State. The BJP at last seems to have come around to the view that there is no need to look at the special status of J&K in such stark terms. The fact that the BJP had been part of the coalition government in the last three years with the Mehbooba Mufti-led PDP confirms the fact that Article 370 is not that divisive provision it used to be in the party’s imagination.

The question of who is a permanent resident of J&K is open to legal challenge and legal reinterpretation, and this is part of the liberal democratic tradition. There is no need for anyone to play Cassandra and invoke doomsday scenarios.

There has not been much interest in reading the Constitution in new ways while upholding the fundamental rights of individuals. The doctrine of the basic structure of the Constitution is not a rigid means of preserving its literal provisions. These are always in need of reinterpretation but without diluting the basic freedoms of citizens. If reinterpretation is the way to work a Constitution, then there is plenty of scope for looking at Article 370 as the keystone of the federal framework. The Constitution declares India or Bharat to be a “Union of States”.

It has been the case that the political leaders at the time of writing the Constitution, and the Congress leaders in the 1950s and all through the 1970s, have tended to impose the unitary frame onto a federal one, in a bid to reduce the states to grand municipalities. The BJP, when in Opposition, pretended to believe in federalism and the rights of the states, but in power its approach is the same as that of the Congress, of the Centre lording it over the states.

Those who believe in federalism should be invoking Article 370 as embodying the spirit of federalism, where residuary powers are vested in the Union government and nothing more. If devolution is the essence of governance in a democratic polity, the states, municipalities, zilla parishads and panchayats should be the stakeholders of power. In an interesting report which the Jammu and Kashmir Assembly had prepared under the National Conference government of Farooq Abdullah in 2000, and which was rejected by the BJP-led NDA government of Prime Minister Atal Behari Vajpayee, the argument was made that Article 370 should be extended to all the states in the country, and that it would then mark true federalism. It is surprising that even political scientists have not paid enough attention to this innovative interpretation of Article 370.

Article 35A should be even less intimidating than Article 370 because it is a mere question of domicile, which is a technical and tricky issue in Himachal Prad-esh as well as in Telang-ana, Nagaland as well as in Maharashtra. There are contradictions in the domicile rules, and people have every right to seek remedies in the courts, and the political leaders will have to find ways of modulating them to reflect the changing demographic pressures. It is also the case that Article 35A is a key issue not just for the Kashmiris in the Valley, but also for the Dogras in Jammu and the people of Ladakh. There are issues in Article 35A like a woman marrying an outsider losing her status as a permanent resident which need to be sorted out. And the modifications do not mean that J&K’s special status has been diluted. The provisions also need to be interpreted in the light of the J&K constitution, which should become a part of the country’s constitutional canon.