What is feminism? It’s a woman’s right to choose

There are a thousand different ways of seeing the world as a feminist, and there should be. 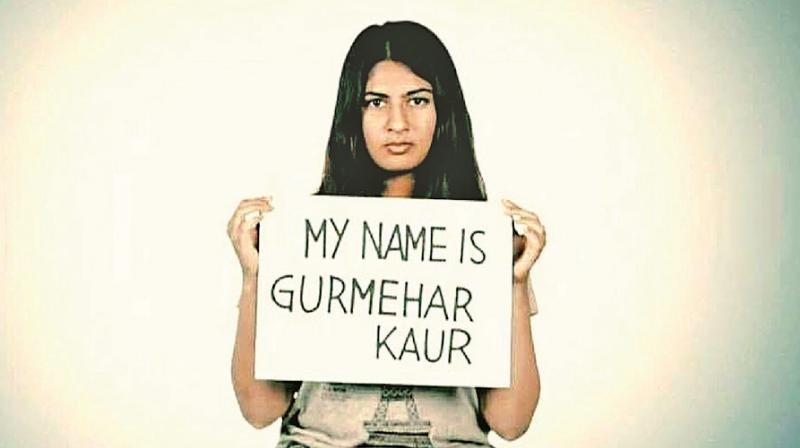 Feminist icon Gloria Steinem famously said, “The truth will set you free, but first it will piss you off.” There is just one tiny complication. The “truth” has never been monochrome and there is no one-size-fits-all feminism.

That, to me, is the starting point for an honest conversation about what feminism means today. Like every “ism”, feminism is riddled with contradictions. Feminists share struggles and joys. They also joust with one another. They play the “my feminism is better than yours” game. Feminism has its part-cause and part-commerce avatar. It is being leveraged to sell merchandise.

There is nothing wrong with these contradictions. There are a thousand different ways of seeing the world as a feminist, and there should be.

To me, as a woman and a feminist, feminism is ultimately about choices and about “agency”, a voguish word these days, which simply refers to a person’s ability to act for herself or himself.

It does not really matter whether you define yourself as a feminist or whether you attach labels to your feminism. The choices you make define you. Choices often depend on the context. Contexts change, so do choices.

My maternal grandmother, a child bride, was a fierce feminist even though she had never heard the word. It was her choices that defined her. Often, she had little say in many things that vitally affected her. But whenever could, she fought back. She was married off before she could finish school but no one could stop her from reading books. She read voraciously, including books with ideas that were considered subversive at that time.

Through reading and reflection, she acquired the ability to view the world, including the world of women, through her own lens. The battles she fought within the confines of home were and remain feminism’s everyday battles in huge swathes of this country.

For my mothers’ generation, urban, middle-class feminism pivoted around social and economic issues. Fights were about whether or not women should attend co-ed colleges, what they should study. Marriage was taken as a given but battles raged within families about whether women should work after marriage, the kind of work that was “acceptable”. Many families were eager to have daughters excel in academics not because they had visions of them evolving into competitive career women but because such academic excellence would mean they would be well-equipped to tutor their children, the next generation, who would carry the family name.

My mother majored in physics from a prestigious co-educational college in Kolkata in the late ’50s/early ’60s. There was only a handful of girls in her class, both at under-graduate and post-graduate levels. But even that was resented by some professors who openly chastised them for “blocking” the seats of young men.

In my college days, city-bred feminists took the fight for agency to a higher level.

To be a feminist “is to imagine occupying the marginal, relatively powerless position with reference to every dominant framework that swallows up the space at the centre,” writes Nivedita Menon, feminist and professor of political thought at JNU in her book Seeing like a Feminist.

Ms Menon asserts that any possible female reader of her book “would be in a relatively powerful position with regard to the working-class men she interacts with daily — the auto-rickshaw driver, the janitor and so on, and if she is an upper-caste Hindu in India, or a white American anywhere, with regard to men who are not.”

But at the same time, despite her privileged position, she would experience her relative powerlessness as a woman if confronted by a man in a position to attack her sexually, regardless of his class or caste.

Today, for much of the Indian middle-class, the battleground is about “personal choice” — the fight against dress restrictions in the campus, against khap panchayat-like diktats banning use of cellphones by young girls and unmarried women, against a brand of “honour” that legitimises murder of young girls simply because they dared to fall in love without caring for social approval.

The threats to 20-year-old Gurmehar Kaur are also part of this broad picture. She has a right to her own views. Those can evolve and change. But by not being afraid to loudly say what she feels, Ms Kaur shows “agency”, and that is what really scares the people who threaten her. The validity or otherwise of her views is a separate issue which can and must be debated without intimidating her.

Like everyone else, “feminists” are being sucked into the fierce fight between the Right and Left-Liberals in this country and elsewhere. “The personal is political” — for long the feminist rallying cry — is truer than before and the positions one takes in these ongoing debates reflect the politics one aligns with.

The social justice prism through which many feminists view the world puts them firmly in what India’s resurgent Right labels “Left-Lib”. The new entrants in this battlefield are “Hindu feminists” whose words and phrases draw from the political slugfests of the day. As the country gets increasingly polarised on ideological lines, everything and everyone, including feminists, risk being pigeonholed into “nationalist” and “anti-national”.

A 2016 article in the portal Swarajya, which describes itself as “a big tent for liberal right of centre discourse” described the angst of the “Hindu feminist” thus: “The hypocritical selective attacks on mangalsutra, Karwa Chauth, Raksha Bandhan, menstruation-related discrimination in Hinduism, the racist remarks accompanying Nirbhaya’s documentary, etc. filled me with cognitive dissonance on typical feminism. I felt betrayed, as if no cause remained just anymore. Then occasionally, I would come across these ridiculous nude feminist protests in the West which filled my mind with apathy towards the materialist values of freedom of the West.”

The writer chooses to contextualise feminism in India as a clash between what she calls “West-driven elite NGO feminism” and “India-driven women empowerment” aka “Hindu feminism”. If that sounds like a familiar argument and familiar framework within which politics in India is panning out, it is meant to be so.

The choices are clear, and I, for one, will battle for a woman’s right to choose; though I may not agree with that choice. Happy Women’s Day!