“The purpose of governance in India is to create and manage queues. Where there are queues, there are people willing to pay to jump them" 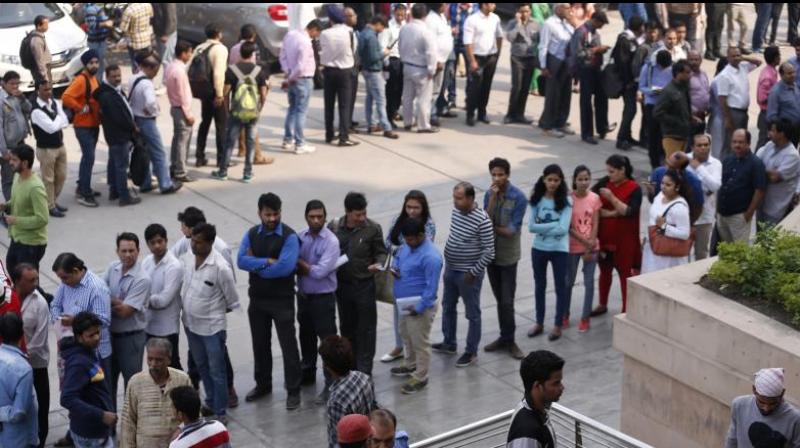 A friend of mine, a professor of business communication at a business school nearby, dropped in recently after renewing his driving licence. “What’s up?” I asked.

“I just thought of something more for us Indians to be proud of,” he said.

“Well, Indians thought up aircraft and plastic surgery long before the people in the West thought of them,” he replied, “but there’s also something in management science that we invented long ago.”

“Business Process Outsourcing,” he replied. “BPO. The backbone of some of our business… The West invented the term and took credit for the concept, as usual. But we thought of it first. You see it all over the place.”

Pictures came to mind of ranks of young people wearing headphones, speaking in fake American accents answering tedious telephonic questions from overseas customers, or ranks of computers recording inter-bank transactions, and so on. I couldn’t make the connection. “How so?” I asked.

“Back in the 1980s,” he replied, “when I was in Bangalore, if you wanted to register a company, you went to the Registrar of Companies. You did your paperwork, and, when it was done, you handed over an envelope containing his private fee for your work. He’d say, ‘Heh, heh, saar, this is not necessary,’ and place the cover in his drawer. A few years later, it had changed. You handed him the cash when the job was done, and he counted it before putting it away. And a few more years down the line, you never even got to see the registrar. You handed your papers and the fee to an agent outside his office and you got your registration a day or two later.”

“I don’t understand,” I said. “Forgive me for being so slow.”

“I see you haven’t thought about it,” he said, straightening up and using the professorial tone that he might use on a backbencher who’s just slept through a lecture. “The purpose of governance in India is to create and manage queues. Where there are queues, there are people willing to pay to jump them. Governance is about helping people to jump queues for a consideration. The longer the queue, the bigger the consideration, and the happier the officials. Okay?”

“But that’s old hat,” he went on. “Thirty years back, someone saw the virtue of a freer economy. Simple: the more money people have, the more they’ll pay to jump the queue. So they loosened up bits of the economy, and watched the money roll in. And that was when they thought of BPO. People were beginning to complain about corruption, you see.”

“But what’s BPO got to do with corruption?” I asked.

“Everything!” he said, happily. “Officials began to outsource their business to agents. The agent collects the money and delivers papers. He settles with the officials afterwards, outside the office. One side-effect: it keeps the officials safe. A surprise check at the office will produce no evidence that anyone’s taken any money under the table!

“And it doesn’t end there. The government can hire more people for the vigilance department whose people conduct raids. Since there are queues for those jobs as well, they can make more money there, and depend on the vigilance fellows — who have paid to get those jobs — to do what they can to sustain the system, but the people can be lulled into thinking that someone is doing something about corruption. Brilliant!”

“Yes,” I said, not knowing what else to day, “but what does all this have to do with your driving licence?”

“Ah!” he said. “I should have told you. I got my licence from a new transport office at Melkar, some 30 kilometres from Mangalore. It’s a new office, and my wife I only had to wait two minutes to get our work done. So, you see, the agent tells the officials when it’s time to expand the office to get more work done. So there are more jobs, more buildings, more of everything, and they make money out of all that, and at least some people are happy because they get their work done really fast.

“The system has evolved. It used to create queues and take what the traffic would bear. Now, it manages queues so that the people running the system get the best possible income with the least possible risk. It works in good times and in bad. In good times, people earn more, and are willing to pay more. In bad times, the population increases, so there are more people willing to pay…”

“Terrific!” I said. “You should write a paper about this!”

“No way!” he said, horrified. “Officials hate whistleblowers, and they protect themselves. Remember the officer who gave the Wadhawan family a certificate allowing them to travel to their farmhouse during the lockdown? The Wadhawan family is in trouble, but the official who signed the certificate is the police commissioner of Pune. If I write a paper about this, it’ll cost me my job!”

“Right,” I said. “It works very well for officials. But the people are suffering, aren’t they?”

He looked a little shame-faced, but only for a moment. “For an answer to that,” he said, “we have to look to the West.”

“Before the French Revolution,” he said, resuming his professorial persona, “someone told the French Queen, Marie Antoinette, that the people of France were suffering. ‘The masses are starving,’ he said, ‘they have no bread to fill their bellies.’”

“And how did Marie Antoinette respond?” I asked.