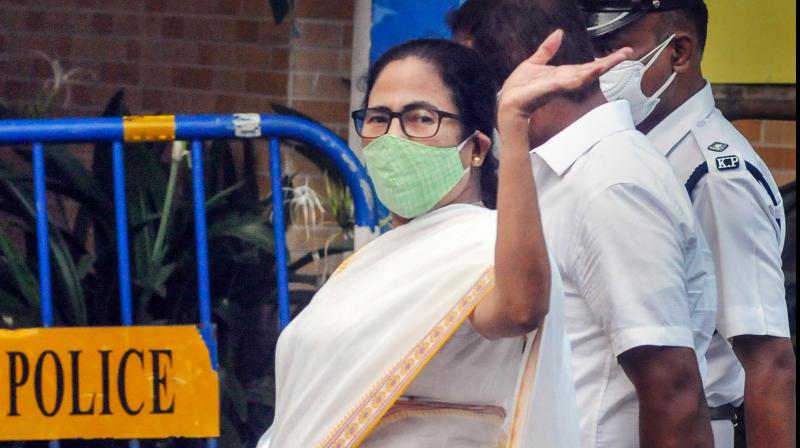 These are extremely testing times for Ms Banerjee as the TMC’s supremo as she has acquired a maturity in the 10 years that has added to the aura of her leadership.

Through the reassignment of roles and redistribution of responsibilities in the Trinamul Congress, Mamata Banerjee has definitively set her priorities, signalled her expectations and introduced a new work culture, without destabilising the older and established leadership in West Bengal. And these are clean government, greater accountability and expanding the political horizon of this quintessentially Bengal party.

Looked at from the outside, the “one person, one post” formula has been used to reassign roles and responsibilities, initiating a process that would  make the Trinamul Congress resemble other formally structured outfits, hallmarked by the creation of a hierarchy with a bureaucracy, rigidities, identity and purity issues. A closer look, however, suggests that the dynamics and the energy that flows through the informally managed party, that has served more as a marquee than an organisation, has been not been significantly disturbed.

The much anticipated anointment of her “Bhaipo” (nephew), Abhishek Banerjee, as the heir apparent is more a segue from youth leader to promotion as office-bearer within the Trinamul Congress. It is an acknowledgment that he has earned his spurs. In fact, all it does is give him a job with a designation, national general secretary, whose functioning will be overshadowed by whatever Mamata Banerjee does and says vis-a-vis national politics.

Abhishek Banerjee’s greatest advantage as national general secretary will be that he needs no introduction on the national political scene; the hard work of building his credibility has already been done, by Narendra Modi and Amit Shah and the rest of the BJP leadership, national as well as in the state. His stamina and his composure in the face of extreme provocation from the BJP that targeted him, using every trick in the playbook to discredit him, and by extension Mamata Banerjee, was watched by every political party and that he can leverage to get more national attention.

Expanding the Trinamul Congress beyond its base in West Bengal is ambitious, even for Mamata Banerjee, who knows only too well that no regional party, most of whom are either her friends or potential allies should a national coalition of non-BJP-non-Congress parties emerge, would welcome a new player on their home turf. It would be smarter for Ms Banerjee to use her base in West Bengal as leverage to be a challenger to the BJP in national politics by occupying the vacant space of the Opposition leader, because the shambolic Congress is unlikely to get its act together in time to do so.

By making him national general secretary, Ms Banerjee has inducted him into the party without destabilising the equations in the TMC’s state leadership. The other appointment within the state party is that of Kunal Ghosh, as a general secretary, who was jailed for his alleged involvement in the Shardha scam. The appointment is a poke at the BJP, which harbours other tainted leaders like Mukul Roy and Suvendu Adhikari, washed clean of their misdeeds by having switched sides.

The changes within the frontal organisations of the Trinamul Congress rather than within the state party indicates that Ms Banerjee is choosing to step carefully as the risks of alienating state leaders outweigh whatever gains she may expect. The BJP lost the Assembly polls and the TMC won a landslide victory for the third time. True as this is, the fact that the BJP is working overtime to destabilise and discredit Mamata Banerjee’s leadership and role as chief minister is a threat that cannot be ignored.

There are crucial byelections in the offing; Mamata Banerjee has to get re-elected in the next five months. There are overdue municipal and municipal corporation elections that the Trinamul Congress wants to win decisively, so that it can squeeze out the BJP. Mismanaging the party by disturbing locally powerful leaders will endanger Ms Banerjee’s larger goal of cutting the ground from under the BJP’s feet.

The other changes by way of appointments of new blood, people who either joined the party in 2021, and fought the elections, or joined earlier and worked during the elections are in the frontal organisations. The appointment of a young woman, actor Shayoni Ghosh, as the Trinamul Youth Congress leader, as a replacement for Abhishek, and the induction of Ritabrata Banerjee, once a promising CPI(M) leader, as the state’s trade union organiser, replacing Dola Sen, who has clearly been shunted upstairs as national head of the Indian National Trinamul Trade Union Congress, are two of the politically significant appointments Ms Banerjee has made. These are messages to young women voters and to Left voters whose support was crucial in this election.

The changes that Ms Banerjee has made in filling leadership positions in the frontal organisations is her way of strengthening the voter base as she prepares to challenge the BJP’s dominance in national politics. She has to be absolutely secure in West Bengal, for which she must cut the ground from under the BJP’s feet and significantly weaken the organisation. In order to do so, Mamata Banerjee has to win decisively, not only her own re-election and the other byelections, but the overdue municipal and municipal corporation elections.

The shakeup and reorganisation of the Trinamul Congress is incomplete. Having promised to clean up governance and stop party functionaries from skimming targeted benefits by taking “cuts”, Ms Banerjee has to exorcise the party and strengthen the organisation. She has said she will; the next thing she must do to hammer home the message is eject tainted and unpopular leaders and inject new people.

As part of the exercise in reorganisation, the TMC needs to work out how it will deal with defectors, who rushed to join the BJP before the elections and are now queuing up to rejoin the parent party. By crossing over to the BJP, these ambitious or disgruntled leaders crossed a line that divides inclusive, secular and unifying politics from aggressively communal, divisive identity politics. They cannot be left adrift; nor can they be allowed to rejoin without publicly abjuring and atoning for having crossed the line. By postponing the discussion and decision, Ms Banerjee has bought herself some time, but face the problem she must.

These are extremely testing times for Ms Banerjee as the TMC’s supremo as she has acquired a maturity in the 10 years that has added to the aura of her leadership. How she runs West Bengal and her party will be keenly watched nationwide and will shape the politics of the anti-BJP parties in the run-up to the 2024 general election.