Opinion   Columnists  06 Apr 2017  For Britain, lessons from the empire as it exits EU?
Opinion, Columnists

For Britain, lessons from the empire as it exits EU?

If the British feel any remorse about their plunder, it is not made explicit in the arrangement of such objects. 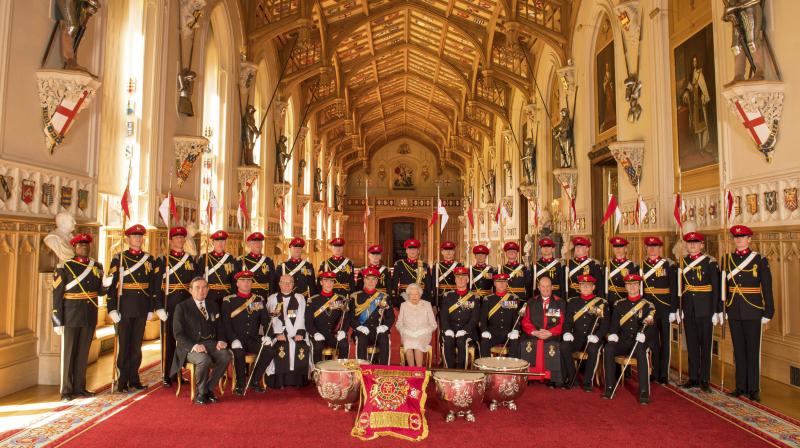 That the castles and museums of the United Kingdom are filled with the treasures of its former colonies is a fact well known to all. Upon entering Windsor Castle one sees the crown (among various others) of the kingdom of Togo. Also on display are other things from other kings: the finery of Maharaja Ranjit Singh stares from inside one glass case; a 500-year-old Persian carpet adorns the cordoned-off centre of another room. The Victoria and Albert Museum (V&A) houses one of Tipu Sultan’s swords and the infamous musical organ carved into a wooden sculpture of a tiger felling a British soldier.

If the British feel any remorse about their plunder, it is not made explicit in the arrangement of such objects. Instead, how these artefacts are curated, presented and lit all seem to reiterate what the British very likely believe: the exemplary safekeeping and artful exhibition is a favour to those to whom these objects belong, who would have otherwise destroyed, smuggled or sold them off.

One of the latest exhibitions mounted in the V&A follows a similar line. Comprised mostly of objects from the museum’s extensive collection, the exhibit titled Lockwood Kipling: Arts and Crafts in the Punjab and London commemorates the career of the man who was father to Rudyard Kipling and the force behind the Mayo School of Industrial Arts, now National College of Arts, in Lahore. It is a tale compellingly told through Kipling’s sketches of local craftsmen, intricately carved doors from Chiniot and beautiful silver inkwells.

The arrangement of the objects, and the anointing of Lockwood Kipling as a curator, illustrator, architectural sculptor and visionary par excellence presents a very particular thesis regarding the British and their activities in India. Pages from The Journal of Indian Art, his crucial role in the establishment of art schools in Bombay and Lahore, his training of craftspeople, and his conversion of ordinary objects into objects of art all point to the larger premise that the British hold dear: without them there would be no Indian art, and definitely no appreciation of art.

This, then, is the more pernicious thesis about empire, increasingly en vogue and cherished in post-Brexit Britain. The day I happened to walk through the exhibit was in fact Brexit Day, the official occasion when British Prime Minister Theresa May delivered the letter to her European Union counterparts. The year since the Brexit vote has undoubtedly been one of great uncertainty for the British. Those who voted to leave allege that being in the EU was a raw deal, not quite worth it. There had never been enough reciprocity, never enough gratitude.

All of these premises are interesting to consider when walking through the Lockwood Kipling exhibit at the V&A. While Britain’s relationship with the rest of Europe was certainly not the exploitative one that defined its colonial enterprise, there are some commonalities of tone and tenor here that are worth noting. Chief among them is the premise that Britons generally give more than they receive. It is, in sum, a message to fellow Britons: we have done much “good” in the world, and the world has not paid us back.

All of this is, of course, a lie. The British plundered India, used its natural resources, eviscerated its existing institutions and generally created a hierarchy that they dominated and that enabled them to cart away India’s treasures for the sort of “safekeeping” they still claim to be undertaking. The former colonies who suffered under them have long known these British claims to be untruths; they have also been forced to reckon with the aftermath, with the realisation that the lost glory of the past — whether it was Mughal or Ottoman or Rajput — cannot be the basis of the victories of the present.

Perhaps, for the first time since Partition, Britain is once again in retreat. Seventy years ago, it looked away from India, carrying away its spoils and treasures to the extent it could, leaving behind borders and hatreds that still bleed today. Now, it turns away from Europe with the same sulky petulance, the same attitude of having been inadequately rewarded for its imaginary magnanimity.

This second retreat, however, while different in character and circumstance, suggests an inwards gaze that the British have perhaps not seen since the colonial era. If the British Empire in retreat created revisionist histories that placed colonisers at the heart of the preservation of the subcontinent’s art and heritage, post-Brexit Britain will similarly create ones that suit the purposes of the present. In a supreme irony, the conquering British of the past can, in this sense, learn from those it once conquered who are used to looking back, indeed, very far back for consolation and confirmation of their own glory.