Opinion   Columnists  03 Dec 2022  Shashi Warrier | The Internet limbo: Where have all the orders gone?
Opinion, Columnists

He was using the browser and at some Railways site in no time at all, with a form that he filled in while asking me questions 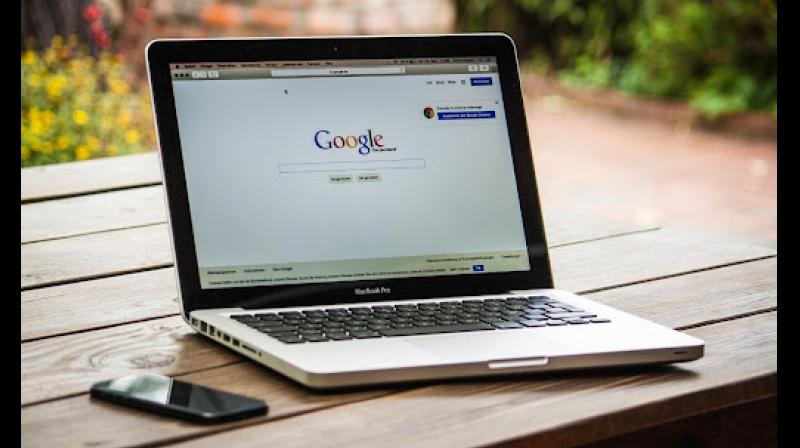 Images used for representational purposes only.

When my wife and I planned a journey, I went to the railway reservation office in town to book our tickets. On the way back, I went to a supermarket to buy supplies, and there I bumped into my friend Raghavan, the professor. He seemed to be struggling with a shopping list, and was looking a little harried. “It’s such a nuisance finding things on these shelves,” he said. “They never label these things properly.”

“Let me help,” I said, taking his list. I found everything he wanted, put it all in his basket, and then picked up the items on my list before moving on to the checkout counter. “I’m no longer used to shopping in markets,” he said, lifting his basket of purchases onto the counter.

“My wife buys almost everything online,” he replied. “There are lots of shopping sites. What about you?”

“You should try online shopping,” he said. “We started during the lockdown. It’s really convenient, and you don’t need to step out of the house.”

By then I was looking for the change in my wallet to pay for my purchases. He saw the railway tickets folded into one of the compartments. “Going somewhere?” he asked.

“Yes,” I replied as I paid my bill in cash. “A wedding near Kochi.”

“I’m a little clumsy with these things, you know,” I said, a little shamefaced.

“I get into trouble whenever I try,” I mumbled. “I don’t know why, but I always end up in trouble.”

“Look, let’s discuss this over coffee,” he said. We found a table at the coffee shop next door, and he asked, “What kind of trouble can you get into while shopping online?”

“Give me an example,” he said.

“We had unexpected visitors at lunchtime the day before yesterday,” I said, trying to recollect the details of that day. “Six people, all big eaters, and all distant relatives so I had to feed them. And, of course, the two of us. I ordered four plates of butter chicken, twelve naans, four biryanis, two palak…”

Raghavan interrupted me, more than a hint of impatience in his voice. “How much of what you wanted to eat doesn’t matter,” he said. “What happened with the food site?”

“That’s what I’m trying to tell you,” I said. “I placed the order, and then entered my credit card details and everything, and then found that the money had been taken out of my account but the food delivery site hadn’t got the money. It was stuck somewhere in limbo, between the bank and the food site.”

“Well, there wasn’t time to cook a meal,” I said. “So I went out to this nearby restaurant and picked up…”

“No, no,” he said, the impatience returning. “What did you do about the money?”

“Didn’t you follow up with the money?” he asked, surprised.

“My wife did,” I said. “She told me that she tried several telephone numbers that led to a voice mail system. She had to listen to about 45 minutes worth of messages in English spoken with an accent she’s sure no human being anywhere in the world uses. When she did get through to what seemed to be a human — or it might have been a machine with a Punjabi accent, she says you can never be sure — it took about ten minutes of waiting to confirm the problem because the internet was very slow and then the Punjabi accent told her that the money would be refunded in three working days.”

“Not yet,” I said. “It’s due by tomorrow. I hope they send it by then because my wife doesn’t want to suffer the voice mail accent any more. And similar things happen with shopping sites.”

“I don’t know why,” he said. “It’s unusual. But let me see if we can fix up your railway reservation system for you. Give me your phone.”

I meekly handed over my phone and he started fiddling with it. I moved across to sit next to him so I could see what he was doing. He was using the browser and at some Railways site in no time at all, with a form that he filled in while asking me questions. At some stage he entered my cellphone number, and then the system asked for a password or something. “Give me a password,” he told me, and I made up one on the spot. He entered the password, and then it asked him to confirm the password, which he did.

Then we waited… And waited and waited until finally there came this ominous message: “Request timed out. Try again.”

We tried again. Raghavan went through the whole rigmarole all over again, but when the time came for him to enter my cellphone number, the system rejected it with the message: “This telephone number is registered. Use another.”

When we tried to access the system using my cellphone number, it displayed an error message: “Unknown telephone number”. Raghavan finally gave up, scratching his head. “It worked perfectly when I tried it,” he said.