With China and India, the SCO has the world’s two fastest-growing economies. 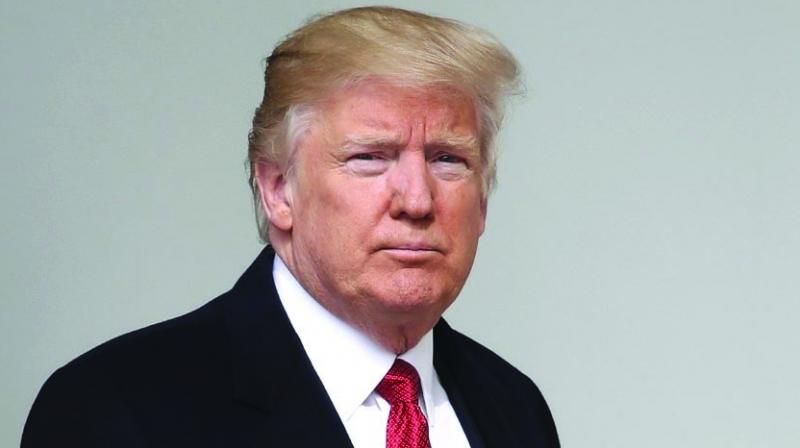 The G-7 summit of developed nations that took place in Quebec on June 8-9 will be long-remembered for the iconic photograph of Western leaders crowding around US President Donald Trump, attempting to persuade him to be moderate and reasonable, while Mr Trump simply stares back arrogant, belligerent and unmoved. Mr Trump left that summit early, rejected the joint statement he had just agreed to, and then called his host “very dishonest and weak”.

While the immediate differences were over trade issues, the divide between the US and its European allies during the Trump presidency has emerged on several matters of global significance, particularly on the US decision to shift its embassy in Israel to Jerusalem and then withdrawing from the nuclear agreement with Iran.

On the day the G-7 summit ended in disarray, at the city of Qingdao in eastern China, the leaders of the Shanghai Cooperation Organisation (SCO) gathered for their two-day summit. The SCO summiteers from China, Russia and four Central Asian republics welcomed to their conclave two leaders from South Asia, from India and Pakistan, the first expansion of the SCO in 17 years. The SCO also has Afghanistan and Iran as observers, and Turkey, Sri Lanka and Nepal as dialogue partners, among others.

The SCO first emerged in 2001 as a platform to promote security and mutual confidence among Russia, China and the newly emerged nations in Central Asia, and to jointly handle the scourge of extremism emanating from Taliban-dominated Afghanistan. While economic cooperation has been on the SCO agenda for many years, it received a fillip when, in 2013, China introduced its Belt and Road Initiative (BRI), setting the basis for region-wide economic cooperation as well. With improved logistical links, this initiative seeks to promote the already substantial energy, economic, financial, technological and human resource connectivity that exists across Asia.

SCO’s success is based on the ability of Russia and China to subsume their differences and work together in challenging circumstances. China has upheld Russia’s regional security interests, while Russia has accommodated China’s economic interests across Eurasia, particularly in Central Asia. They have also built up significant bilateral ties in energy and defence areas.

India has been attracted to the SCO due to the members’ energy potential, the opportunities offered to India to enhance its trade and investment ties, and the scope to expand logistical connectivity with Central Asia, Russia and thence to Western Europe. Again, the SCO’s concerns relating to extremism and terrorism, and security interests in Afghanistan, have resonated with India’s concerns.

However, it is regarding West Asian security that India’s membership of SCO could prove the most important. A region-wide conflagration in West Asia will deal a heavy blow to the abiding interests of the three principal SCO members – Russia, China and India – which have very substantial energy and economic ties with the countries of the Gulf. Again, China’s BRI-related projects and India’s connectivity proposals through the Iranian port of Chabahar to Afghanistan, Central Asia and Russia, are crucially dependent of a stable and peaceful West Asia.

Fortunately, Russia, China and India, working cooperatively, can steer the organisation through the challenges posed to regional order, with diplomatic initiatives that will promote engagement and dialogue between Iran and Saudi Arabia. Since there is no likelihood of a military solution in Syria and Yemen, this is the best time to attempt alternative approaches to address regional competitions, particularly since no one else is pursuing a peace process.

Saudi Arabia’s aggressive posture is crucially dependent on support from the United States and Israel. But Mr Trump is a disruptive, unpredictable and unreliable ally, while association with Israel is a poisoned chalice. The price to be paid for their backing could in time corrode the domestic and regional support base of Saudi Crown Prince Mohammed bin Salman.

On the other hand, working with the SCO will bring numerous benefits to the Gulf countries. It will make them partners in regional energy and connectivity projects, diversify their economic and political engagements, provide them with new opportunities for investment, and hold out the promise for regional peace and security.

This will also set the stage for a robust interaction between the SCO and the European Union.  The Portuguese academic, political leader and traveller, Bruno Macaes, in his recent book, The Dawn of Eurasia, has described the blurring of the Europe-Asia divide in the contemporary “second age of globalisation”, in which the global political and economic axis is shifting eastwards.

This is the result of economic and technological achievement among Asian countries, mainly Japan, Korea, China and India, so that Asia now increasingly reflects the future and Europe the past. This age, Macaes notes, sees “the inevitability of interdependency and connectivity”, but is also aware of the potential for disruption and conflict, as exemplified by the ongoing migrant crisis confronting Europe.

Bruno Macaes presciently foresees the US distancing from Europe, and highlights the burgeoning cooperation between Russia and China, the increasing commonality of interests between Europe, Russia and the emerging Asian powers, and the “new world order” exemplified by strong economic and political links and the logistical connectivity projects proposed by China and India. Eurasia now reflects an “integrated space”, encompassing the “world’s longest economic corridor” stretching from the Pacific to the Atlantic.

The logic of politics, economics and logistics have brought the Indian Ocean within the Eurasian embrace, thus melding the ancient Silk Road and the oceanic Spice Route into one seamless connectivity. This recalls the global scenario pre-dating the 200-year-old age of imperialism and portends again the shape of the new world order.