Of dogs of mayhem and passing dogs

The clamour of Fudge and Wonder barking at a passing dog woke me up just then, and I went back to watching cricket. 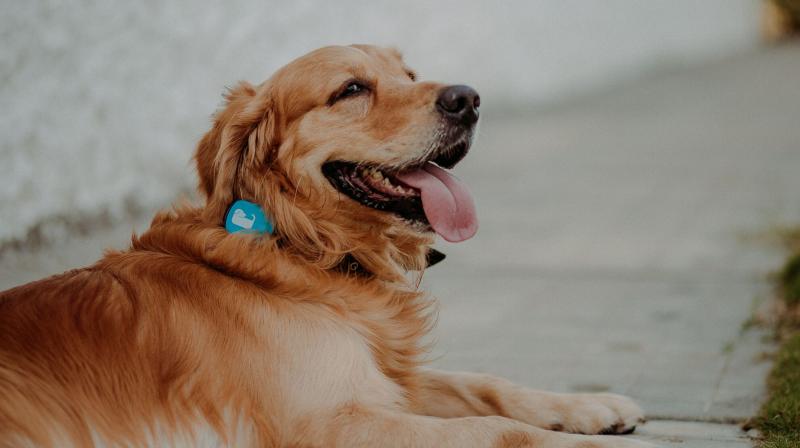 But that evening, when I took the dogs to the beach, we passed the old dog snoozing under the culvert and I couldn’t help wondering who was the smarter of us...

This Republic Day, I dozed off watching a cricket match after the Parade, and dreamt that I could understand dogs speaking. I was leading our two dogs to the beach for our regular evening walk when I heard them discuss me. “He doesn’t like us,” the older one, Fudge, told Wonder, the baby.

“Why do you say that?” asked Wonder.

“He feeds us only twice every day, but he himself eats at least thrice, and he feeds the cat five times,” replied Fudge. “I’m hungry all the time.”

“We must get him to feed us more,” said Wonder. “Maybe he could give us some of his lunch. He’s stupid enough for us to persuade him to do that.”

Then we turned a corner and saw an old white stray who lives in a dry spot under a culvert. He used to be the leader of a local pack of dogs and he carries the scars of many battles. He’s old now, and stiff and weak, and lives on scraps that neighbours give him. Though he can no longer fight, other young strays often keep him company, and I’ve always wondered why. Well, I just found out, because this two-year-old who lives on the beach was asking his advice, making soft growling noises.

“And what do you think?” asked the wise old dog.

“I wanted to be fair, so I spoke to one of the mutton shop dogs,” said the stray. “He told me it was the other way round, that the temple dogs plan to attack them. I really don’t know what to think.”

“Did you ask these fellows where they got their opinions from?” asked the old dog.

“Sure,” said the youngster. “From the humans around them.”

“And did you try to find out what the humans feel?” asked the old dog.

“Sure,” said the youngster. “We live by the beach, so there are plenty of humans around. Some from the temple, others from the mosque. They say the same things. But the ones from the mosque... Well, they don’t like us much, though they leave food lying around for us.”

“What do you mean?” asked the old dog,

“Well, they try to drive us away if we go too close to them,” came the reply, “but they bring food to the beach, just like the temple crowd. They leave it lying around, so we eat well most days. They might drive us away but they feed us, so maybe they don’t really dislike us.”

“Ah!” said the old dog. “Now you understand. They don’t hate anyone but their own kind. They like to fight.”

The youngster shook his head. “How could that be?” he asked. “Us dogs fight over territory, maybe over a bit of food, or a female... But I don’t hate any dog, and I don’t fight without reason.”

“Right,” said the old dog, “but these humans, they fight all the time, and they do terrible things!”

“They have these machines to light fires far away,” said the old dog, “and thundersticks with which they can kill from a distance, and iron birds that fly and breathe fire. They’re the only animals I’ve ever seen that kill what they’ll never eat.”

“How do you know all this?” asked the young dog in bewilderment.

“Humans have these boxes inside their houses which make noise and show moving pictures,” said the old dog.

“Yes,” said the youngster. “I’ve seen them. At first I was a little scared of them but no longer. They don’t bite.”

“They don’t bite,” said the old dog, “but they show you a lot of nasty stuff that humans can do. This morning they had a display of men carrying firesticks and firebirds and all kinds of other terrible weapons. And you know the strange thing about all that? Every single thing they showed off was meant to kill other humans... That’s all they think about: how to kill large numbers of each other. They’re even proud of it!”

“They must be crazy!” said the youngster, shaking his head. “I thought they were smart, because they know how to get food whenever they like, but maybe they’re not so smart after all.”

“Exactly,” said the old dog. “So don’t let your pack join either of the gangs. If the humans begin to fight, and they bring out their blades and firesticks, we’ve all had it anyway.”

“But then what am I going to tell the pack chief?” asked the youngster. “He told me to get your advice so he can decide.”

“Think for yourself,” said the old dog. “You see these two fellows up there, with the fat hairy human?” He indicated us with an eyebrow.

“Yes,” said the youngster. “I’ve seen those fellows. They live inside the house and the human feeds them.

“Just now they were trying to figure out a way to get the human to feed them more. That’s how you should think. How to get the most out of humans...”

The clamour of Fudge and Wonder barking at a passing dog woke me up just then, and I went back to watching cricket. But that evening, when I took the dogs to the beach, we passed the old dog snoozing under the culvert and I couldn’t help wondering who was the smarter of us...