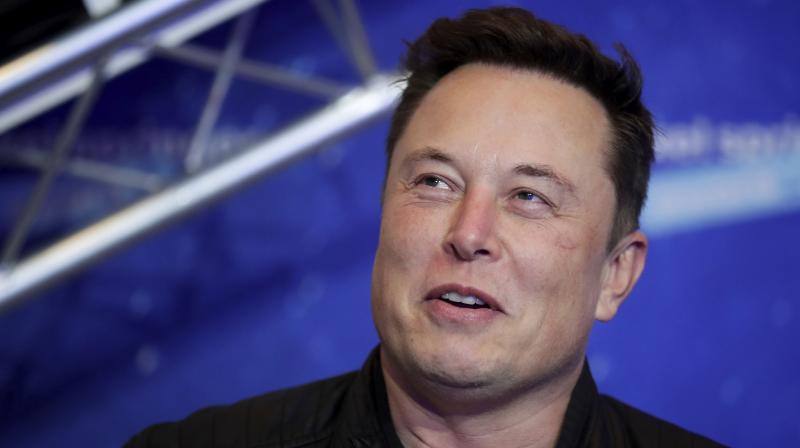 It has finally “sunk in” that Twitter is entering uncharted waters as it tries to create a world defined by free speech that offends no one, obeys the law of the land and yet manages to say something sensational in 280 characters, hour after hour, to pull in eyeballs and the advertising dollars to keep it afloat.

So what’s behind this fascination for acquiring a $43.4 billion social media company by the world’s richest man -- valued at $217 billion -- who is already stressed by multiple commitments in frontline technology firms?

Elon Musk puts it disarmingly, saying it’s because he could afford to. In this he echoes Sir Edmund Hilary, the New Zealand-born mountaineer, who in 1953 along with Tenzing Norgay was the first to climb Mount Everest, the world’s tallest peak. When asked why he did it, he replied -- because it was there.

Elon Musk says he did it to restore the freedom of speech in public discourse -- which as per the Musk mantra should remain the default option. A user’s right to free speech should only be circumscribed by local laws and users crossing the red lines. He does not intend to intervene personally to determine these boundaries, proposing instead an institutionalised arrangement to transparently lay down guard rails and red flags.

Another major objective was to free the world from the scourge of misinformation spread by bots estimated at between five per cent (according to the pre-Musk Twitter management) to 20 per cent (external estimates) of Twitter accounts. These are shell accounts with fake identities, prone to be manipulated electronically to harass, inflame opinions, spread hatred and misinformation or simply available on hire to quickly build digital reputations for “influencers” by digitally triggering bot “followers” and “likes” -- creating visible bragging rights amidst the popularity conscious Twitterati.

Musk’s stance in favour of “free speech” seems as doomed as Custer’s last stand at the Battle of Little Bighorn in 1876. It is out of sync with the times. Public communication triggered by private thoughts is nowadays increasingly circumscribed either by the spread and power of authoritarian “big brother” governments or by the “Woke” ecosystem fashionable in the Western alliance of democracies, protecting minorities’ rights against racial slurs, gender and sexuality-based prejudices and body shaming, amongst others.

Does Twitter qualify to effect a change in the public discourse on a scale which fits its perceived global impact? How significant are the Twitterati anyway? Twitter has 217 million registered accounts. Around 80 per cent of these are registered outside the United States. This makes Twitter the preferred communication channel for around four per cent of the global pre-adult and adult population of six billion -- possibly mostly from the top global income percentile.

This outreach scale -- selective but influential across “those who matter” in business, government, the arts, and non-state actors globally -- is also suggested by Twitter’s advertising revenue of $4.5 billion (2021), less than four per cent of global advertising revenue of $1.132 trillion (Statista), for all media companies. Advertising spend relates to eyeballs and the purchasing power of captive customers on any platform. Why then care about who is the “Chief Twit” of a select few? Former US President Donald Trump, Twitter services to whom were withdrawn after the capture of Capitol Hill by his disappointed supporters on January 6, 2021, cloned his own “Twitter” competitor platform called “Truth Social” in February 2022.

Why not view Elon Musk’s pitch of protecting global free speech with the scepticism that it deserves? Ethical big business is a good talking point to defang the envy, criticism, and censure which it attracts from the many others who are unable to guild their futures similarly. Musk will not be the first to trudge the rocky path to a rosy future of a happy, well-meaning global ecosystem led by big business -- a poisoned chalice, that has so far failed to balance the high social ideals with the nasty reality of political and commercial compulsions.

Musk has delisted Twitter, effectively freeing it from the tight disclosure regulations which govern publicly listed companies. Almost by definition, this implies a smaller universe for citizen rights, transparency and arms-length decision-making. The media in general is already under the threat of subservience to government defined public interest. Twitter can be no exception to that rule and is probably even more vulnerable to extraneous influence from its future board of directors and big investors.

Elon Musk is almost certainly a man with a distinct technological vision of the future and the personal conviction to prevail against all odds in shaping that future. He has broken technological barriers and reshaped the business frontiers of the start-ups he founded. Tesla is a publicly listed company worth $706 billion, which has redefined automobile manufacture and is a trailblazer for high-end electric vehicles and giga sized battery storage factories. Space X, a plucky space travel company worth $127 billion, is the private sector’s answer to the stodgy products of an underfunded Nasa. The Boring Company, that is worth $5.7 billion, specialises in digging tunnels for taking utility networks and motorised traffic off the streets and into a network of underground tunnels. It also

meets the technological needs of the Hyperloop vacuum train being tested in Texas and California for technical and financial viability.

Investors worry that the leveraged purchase of Twitter and the subsequent decimation of its board (mostly with little skin in the game) and top management line-up (complicit in misinformation regarding the volume of bots according to Musk), is likely to be a costly diversion for Elon Musk -- distracting him from the hi-tech ventures he personally steers, including sleeping on the work floor to boost the morale of his engineering teams, toiling to achieve breakthroughs in complex tasks within tight timeframes.

The worry is misplaced. The businessman in Elon Musk surely recognizes that revenues desperately need scaling up. Nearly 90 per cent of its revenues of $5.1 billion in 2021 were from advertising. The net loss was at $221 million. Elon Musk fancies Twitter as a “town square” for honest and civil conversations. Downsizing -- a lazy management option to plug revenue gaps --doesn’t quite square with a happy “town square” feel. A sanitized Twitter would be an advertiser’s graveyard. The world’s wealthiest men dislike endless financial bleeds on their own account. Expect Twitter to retain its sauce.