Trump’s NSA is a threat to world peace

After many a meeting and documents galore, in 1947, the US Congress enacted the National Security Act. 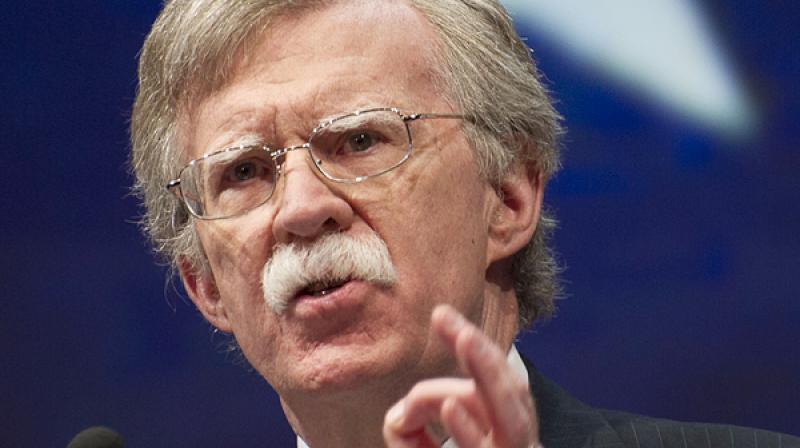 In appointing John Bolton as his national security adviser, President Donald Trump is sending strong signals to his country and the world. First, in choosing a notorious hawk, he has lain to rest all expectation and hope that power will tame him.

Second, he has no interest in securing independent let alone contrary advice so essential to making a sound decision, all the more so in the realm of foreign policy where decision-makers have to act on imperfect evidence, conflicting instincts and even conjectures out of sheer necessity.

Third, he has once again signified his contempt for the diplomatic route; he has no interest in compromise. Fourth, he has all but destroyed the authority and prestige of the office of the NSA, as well as undermined the National Security Council (NSC).

Both the NSA post and the NSC were set up around the same time, in 1947. Both were emulated, or imitated, by other countries with results varying from useful to superfluous. Both are pre-eminently sound in conception, but their success relies on the political chief executive’s humility and respect for internal debate in foreign policy-making. These qualities are not always conspicuous in Presidents and Prime Ministers. They tend to believe that acquisition of great power fetches in its train great wisdom as well.

Dangerous at any time, Bolton’s appointment at this sensitive moment in world affairs is a threat to peace. He is on record with his opposition to the accord with Iran the world over. US partners in Europe, Russia and China strongly support it. Saudi Arabia opposes it, and Trump’s adventures in the region served only to widen the Iran-Saudi Arabia divide.

The other issue is even more sensitive. It is North Korea’s nuclear programme. All the signals suggest that its leader Kim Jong-un seeks a peaceful compromise. Trump’s suggestions of recourse to force are not a good way to ensure the success of his summit with Kim Jong-un, which is due in May. Appointment as NSA, one who is not only a sworn enemy of the Iran deal but a fervent advocate of a pre-emptive attack on North Korea, is not a good signal to send to Pyongyang.

The New York Times summed up the reaction everywhere: “There are few people more likely than Mr Bolton is to lead the country to war.”

One is tempted to ask whether that is precisely the qualification Trump sought in his man Friday. Events will tell.

Meanwhile, it would help to reflect on the genesis of the NSA and the NSC. They were conceived by James V. Forrestal, the US defence secretary in 1945, in his disgust at Roosevelt’s highly personal style of decision-making.

After many a meeting and documents galore, in 1947, the US Congress enacted the National Security Act. Seventy years’ travails of the NSC have not robbed the statute’s statement objectives of their relevance, they fortify it. Its main function is to advise the President with respect to the integration of domestic, foreign and military policies relating to national security so as to enable the military services and other government departments and agencies to cooperate more effectively.

The act defines the council’s duties in precise terms: “(1) to assess and appraise the objectives, commitments and risk of the United States in relation to our actual and potential military power, in the interest of national security, for the purpose of making recommendations to the President in connection therewith; and (2) to consider policies on matters of common interest to the departments and agencies of the government concerned with the national security, and to make recommendations to the President in connection therewith.”

Its members are the President, vice-president, secretaries of state and defence and, when the President so wishes, the director of central intelligence, chairman of the Joint Chiefs of Staff, and the President’s assistant for national security affairs. The council has its own staff headed by a civilian executive secretary appointed by the President.

Like Topsy, the NSC’s secretariat grew even as the NSA’s authority received snubs aplenty. The NSC was called “Forrestal’s revenge”. Presidents took their revenge on Forrestal. Each President used the NSC just as he wished. Eisenhower accorded to it much importance. Kennedy used it as a sounding board. He wanted the state department as his adviser. During the Cuban crisis, he set up a smaller executive committee of the NSC to deliberate on how the crisis could be defused.

The fundamental principle underlying the setup is very sound. All relevant considerations are urged at one place (the NSC) before the political leadership — diplomatic, military, economic, etc. The NSA formulates the options objectively, with his recommendations. The final decision is for the elected leader to take.