Trump is also set to play a round of golf with Japanese pro Hideki Matsuyama during his visit. 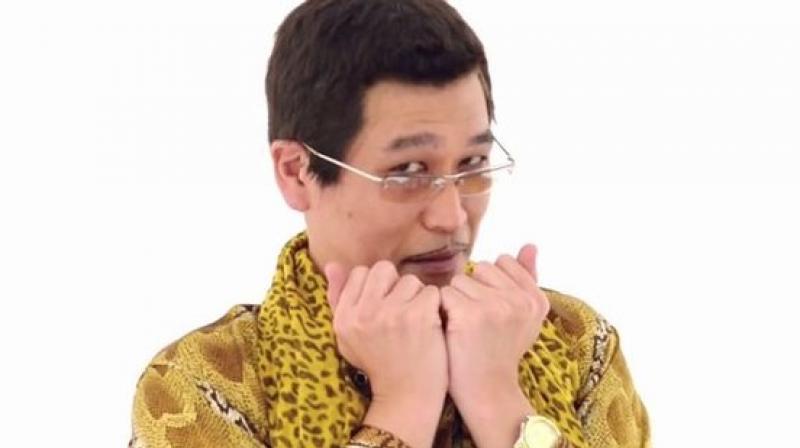 US President Donald Trump will be serenaded with a bizarre hit song about a “pen-pineapple-apple-pen” on his visit to Japan next week.

Japan will roll out wacky crooner Pikotaro -- whose 45-second “PPAP” ditty went viral last year after being shared by pop star Justin Bieber -- when Trump comes to town at the start of an Asian tour, Kyodo News agency reported.

Arabella Kushner, the six-year-old daughter of Ivanka Trump and Jared Kushner, was seen singing along to the tune in a clip shared on Instagram in November by her mother.

The repetitive earworm, whose video features the dancing Pikotaro dressed in his garish animal-print costume, set a Guinness World Record as the shortest song to break into the Billboard Hot 100.

Trump is also set to play a round of golf with Japanese pro Hideki Matsuyama during his visit.