Aamir Khan was present at the ceremony with Nitesh Tiwari, writer-director of one of the biggest blockbusters of 2016. 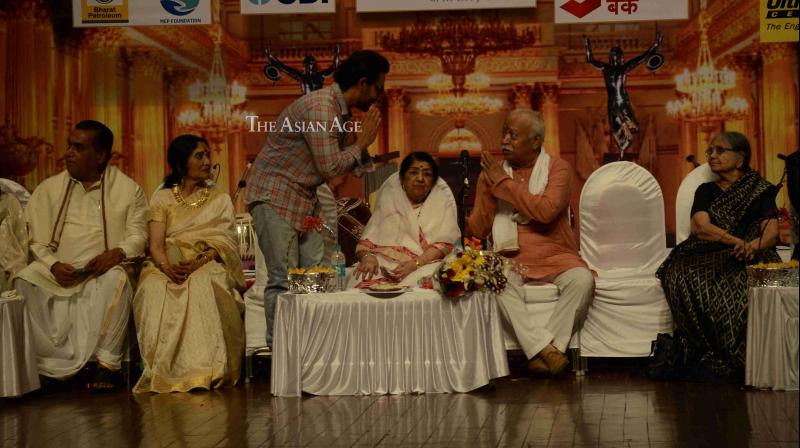 Mumbai: The Perfectionist of Bollywood, who recently made an exception and accepted the award for 'Dangal' at Master Dinanath Mangeshkar Awards, says it's a big honour for him.

Aamir Khan was present at the ceremony with Nitesh Tiwari, writer-director of one of the biggest blockbusters of 2016.

"It's a very big honour for me and Nitesh. I thank Didi and everyone from the bottom of my heart for the respect that this film has been given," Aamir said and added, "This has only been possible because of the wonderful story that Nitesh has written. I would also like to say that whatever I am today, the whole credit goes to all the writers whose films I have worked in."

The 'PK' star was invited by Lata Mangeshkar to attend the Master Dinanath Mangeshkar Awards, held to commemorate her father's 75th death anniversary and it was also when the legendary singer started singing in films.

Aamir who had refrained himself from attending award shows had to break this clause of his, on the iconic singer Lata Mangeshkar ji’s request.

Aamir last attended an award show 16 years ago at the Academy Awards when 'Lagaan' was nominated in the Best Film category.

On the professional front, he will soon be seen in ' Secret Superstar' and is also prepping up for ' Thugs of Hindostan' that also stars Amitabh Bachchan.