Back in 2015, the then 35-year-old found herself feeling uneasy after returning from her usual Saturday run. 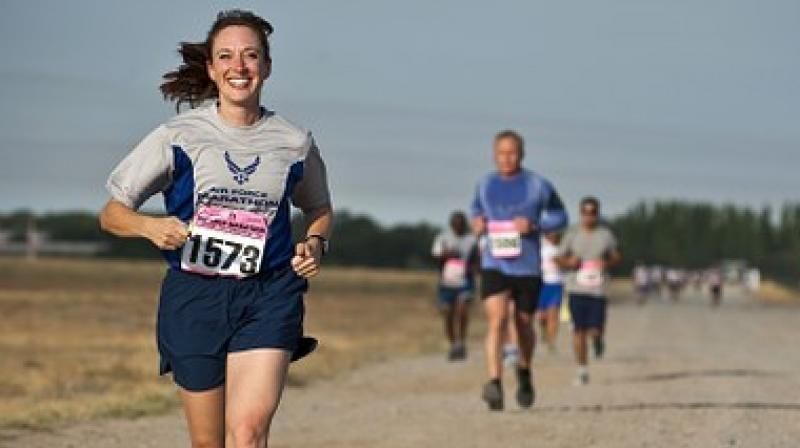 Carolina was told even if the surgery was successful, there was only an 80 per cent chance that she would walk normally again. (Representational Photo: Pixabay)

Imagine never being able to do what you love for the rest of your life? That's what happened to Carolina Ortega, an analyst from Miami.

Back in 2015, the then 35-year-old found herself feeling uneasy after returning from her usual Saturday run.

A concerned Carolina went to the hospital only to find out she had a tumour growing in her spine.

At one point, Carolina's doctor, Dr Allan Levi told her that she may be able to walk, but she would be lucky to run or even take part in a marathon as that would be close to impossible.

Dr Levi warned Carolina that even if the surgery was successful, there was only a 20% chance that she would not walk normally again.

That was when Carolina broke down, but she decided it was up to her to prove him wrong.

Carolina underwent surgery to remove the tumour that grew from her own spinal cells.

Fortunately, the surgery went well and Carolina went back to walking, then running and soon even began racing in just two and a half years.

And on Tuesday, Carolina surpassed all expectations when she crossed the finish line of one of the most challenging courses in the US, the Boston Marathon.

Dr Levi added to the Daily Mail, "The fact that she’s going to run the Boston Marathon, that - to me - is just superhuman."