Sengupta is best known as artist who started experimenting with a new style in the mid-1990s which he eventually termed as Gesturism Art. 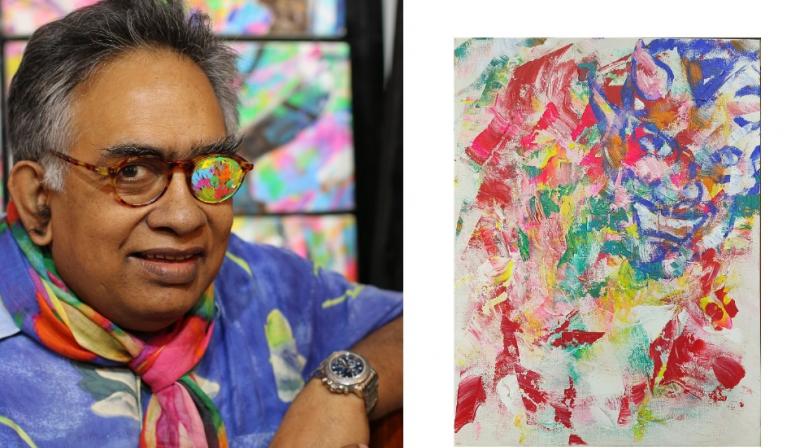 “Art started as the original medium of expression before civilization and is the summit of human expression. People can take human development forward with art dialogue,” says Shombit Sengupta.

Shombit Sengupta, a renowned Franco Indian artist, is perhaps best known as the artist who started experimenting with a new style in the mid-1990s which he eventually termed as Gesturism Art — a style that incorporates paintings and “desordre” installations. 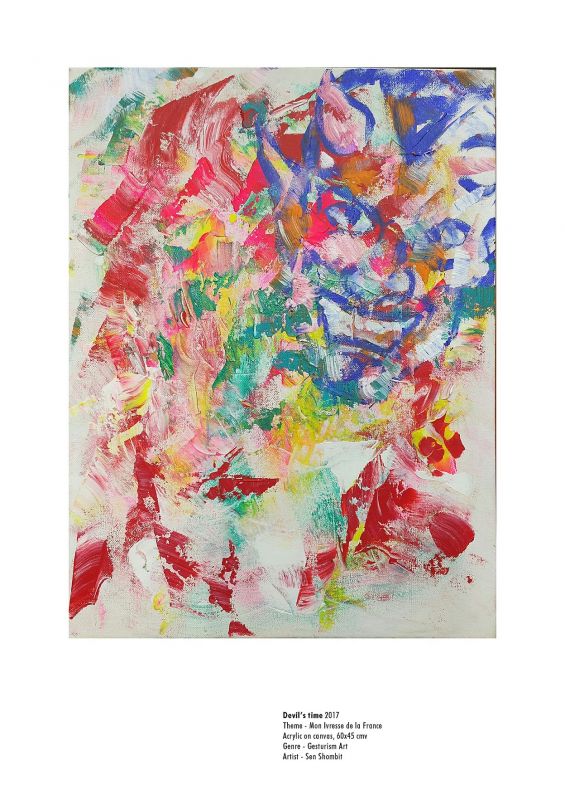 Inspired by non-classical, non-traditional art movements across Europe through the 19th century Gesturism Art is a creative celebration of the limitless gestures of all living beings from birth to death and mainly comprises of six varied factors ranging from bright colours, to spontaneity, energy, pulsations, shock and finally an artwork far removed from digitalisation. 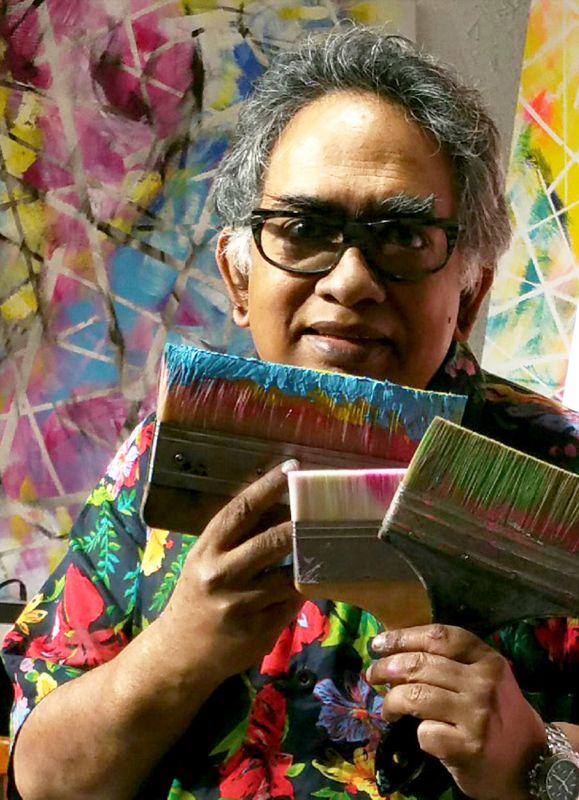 Speaking to this correspondent, Sengupta says that the concept of a Salon was created to be a select gathering for intellectual and cultural purposes and to exhibit selected art. “Salon du Dessin et de la Peinture à l'Eau, which is a part of Art Paris, has selected my Gesturism Art ideology to be exposed at their annual exhibition as part of Art Capital 2018,” the celebrated artist says.

Inaugurated in 1900 as part of the Second Universal Exhibition, The Grand Palais was declared as a ‘monument dedicated by the Republic to the glory of French art.’

A group of painters including the likes of Masson, Villon, Planson, Berthomme-Saint-Andre and Raymond would go on to start the Salon du Dessin in 1954 to showcase drawings and watercolours.

Sengupta’s watercolours have found place in that traditional exhibit that continues till date. 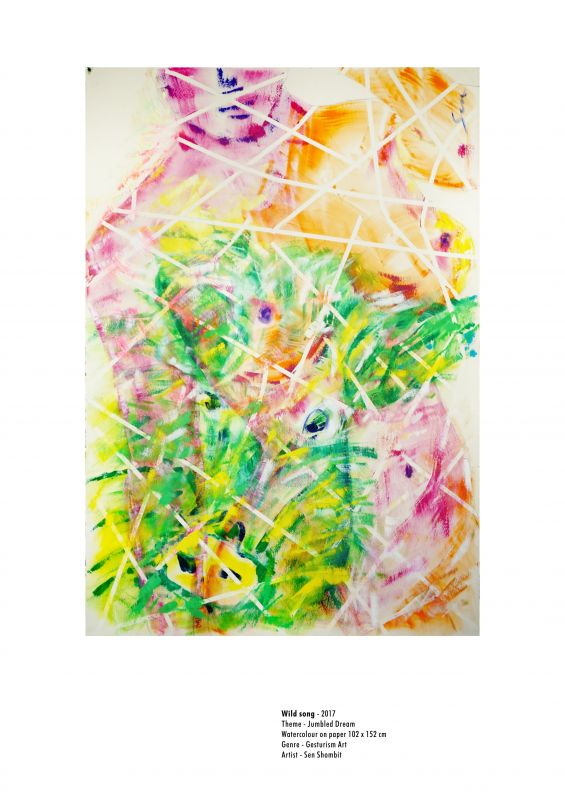 Notably, Sengupta’s Wild Song, as well as two small watercolours called Ambiguity and Excess is being showcased at the exhibition in Paris.

Sengupta reveals that all the “abstract hiding figurative” paintings in the exhibition feature a woman with a pig.

“These domesticated animals were my childhood friends,” the artist says, adding, “Pigs were everywhere in the slum-like refugee camp in West Bengal where I grew up. My family had to squat on this land after fleeing from erstwhile East Bengal during India’s violent partition for Independence.”

On a deeper level the artist confesses that what he really wants is to break what is largely considered as ugly (hence, the pig) and bring it together with beauty (woman).

The artist goes on to reveal that he finds an emotional connect and irreverent dynamism between the woman with the pig. “I know that the pig has some negative connotation of being ugly, dirty and being a glutton, but all these characteristics have been symbolized by human beings,” he explains, adding, “By themselves, I find pigs have a nonchalant attitude of not caring what others think!” 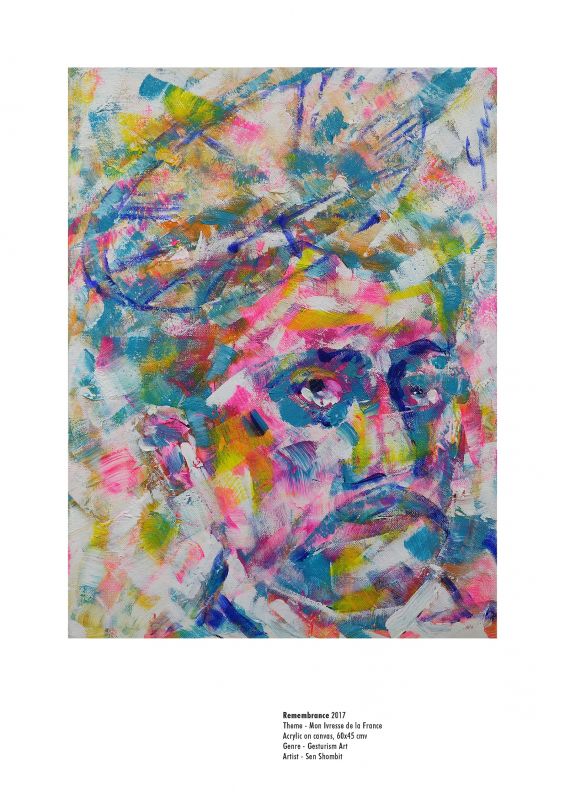 In 2008, Sengupta created “désordre harmony” an extension of Gesturism Art where in a customized magnetised frame, a set of canvases can be exchanged, interchanged and moved and can hold anywhere from 4 to 24 canvases.

Viewers are invited to physically hold to rebuild the painting with the canvases to create thousands to millions of versions of the painting because each canvas can move 360 degrees.

“The output will always be one piece of visual art,” reveals Sengupta.

Something that goes beyond the traditional relationship shared between the art and the critic, viewers can also discover the artist’s original theme by trying to find the pattern in the artwork and re-connecting the canvases in the order in which the painter had painted the painting.

“The origin of my idea of "désordre" is influenced by India's heterogeneous population of extreme diversity that results in unpredictable physical disorder in every aspect of life,” the artist reveals.

Gesturism in art is contradictory to the Cartesian principles of Western Society where although the frame that holds the painting is totally Cartesian, they contradict Cartesian rules through artistic expression. 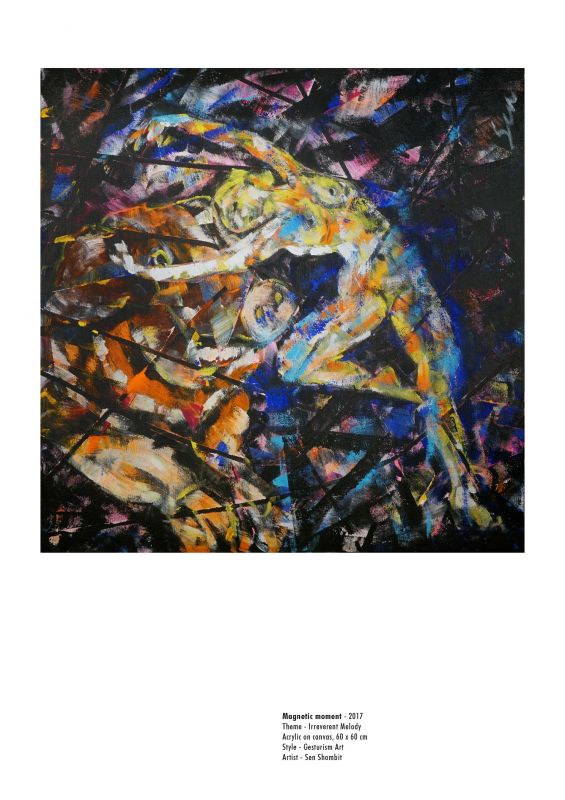 Deeply inspired by the works of Giotto, Leonardo da Vinci, Jean Francois Millet, Vincent van Gogh, Max Ernst and Man Ray, Sengupta despite creating an art movement, is otherwise, a staunch puritan when it comes to medium in art. Sengupta says that whatever may come, digitization can never replace fine art. “Any subject of digital visualisation can never be unique because everything is coming from a certain program in a software which is open to all who want to use it,” Sengupta reveals, adding, “A programmer’s software skill and the skill of a fine artist can never be compared. The digital world has outstanding value to bring better living comfort and reduction of cost. But fine art is another summit of expression.”

As an example, the artist cites the 2017 auction price of $450 million that Leonardo da Vinci’s painting fetched even 600 years on.

As for where does he see his legacy in the future, Sengupta says an artist can always be rebellious or irreverent, but needs to be humble for his/her future and cannot give any legacy directions.

“Legacy cannot be designed by an artist, it is not purchaseable. It will always depend on journalists, art critics, art lovers, art historians and viewers to determine an artist’s legacy,” he says before concluding, “I can only say I have created the new vision of Gesturism Art and désordre harmony with a value system and manifesto which can easily be seen in my paintings. Artists don’t have the tension of retirement, so let me do 10 to 18 hours of daily work on my canvas, people can decide on my legacy, not me. I am just a colourful canvas worker.”