Xi Jinping gives A+ to Trump's granddaughter for mastering Mandarin

Xi praised Ivanka and Jared's daughter for her progress in mastering the language, and said she could get an 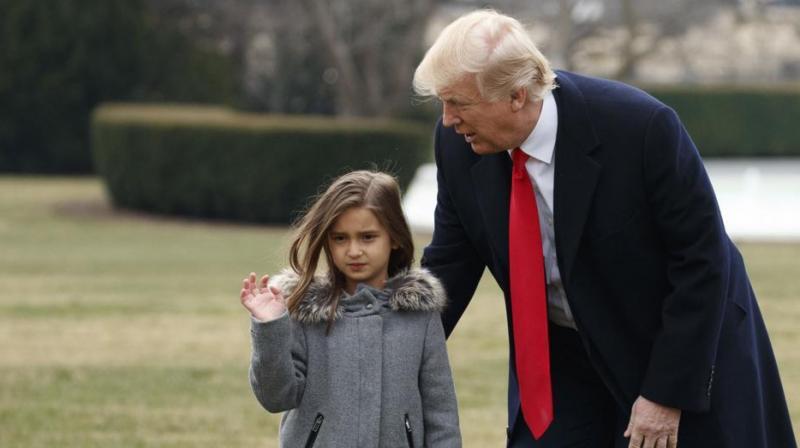 Beijing: Chinese President Xi Jinping on Thursday praised Ivanka and Jared Kushner's 6-year-old daughter for her progress in mastering Mandarin, and said she could get an "A+."

During his informal meeting with Xi inside the Forbidden City, President Donald Trump used a tablet computer to show Xi a video of his granddaughter Arabella singing in Mandarin.

Xi praised Ivanka and Jared's daughter for her progress in mastering the language, and said she could get an "A+," the state-run Xinhua news agency reported.

Trump and his wife Melania arrived in Beijing on Thursday for a three-day state visit, the first by the US president.

One of the ancient Chinese texts Arabella was shown reciting, Xinhua said, was the Three Character Classic - the same text she performed to Xi in person during the summit between Trump and Xi at Trump's Mar-a-Lago estate in Florida last April.

At that time, Xi applauded for Arabella for her performance and encouraged her Mandarin studies. A video of Arabella reciting a Chinese poem went viral in China shortly after Trump's election.

During the Chinese New Year, a video of Arabella singing "Happy New Year" with a Chinese marionette went viral after Ivanka posted it on Instagram.