On the work front, Nora will be seen in Ali Abbas Zafar's Bharat, alongside Salman Khan and Katrina Kaif. 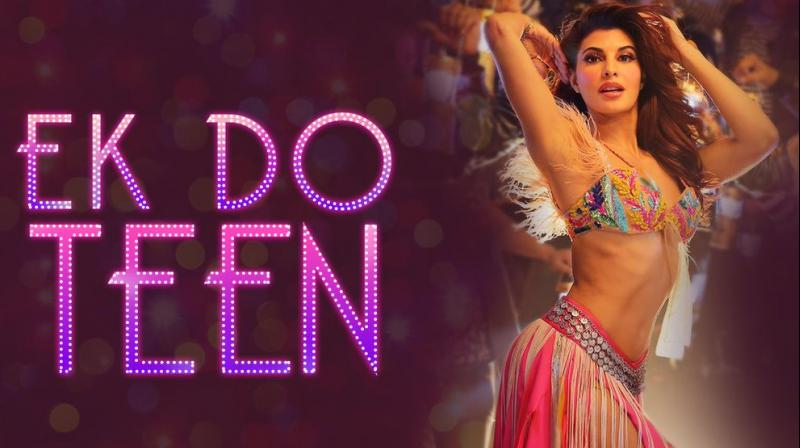 Jacqueline Fernandez in 'Ek Do Teen'.

New Delhi: Nora Fatehi, who shot to fame after her chartbuster from 'Satyameva Jayate' is all set to appear in another peppy number from the Shraddha Kapoor-starrer 'Stree'.

The 'Dilbar' girl took to Instagram to share the first look of the song, the video of which, featuring Rajkummar Rao and Aparshakti, is set to be unveiled on Thursday.

In the still, shared as an Instagram story, Nora can be seen in a sultry avatar, donning a wine-shade blouse and grey jacket, a rather unusual combination.

For those who remember, Jacqueline Fernandez also had a similar, unusual combination in ‘Baaghi 2’ song ‘Ek Do Teen’, the recreation of Madhuri Dixit-Nene’s original song. 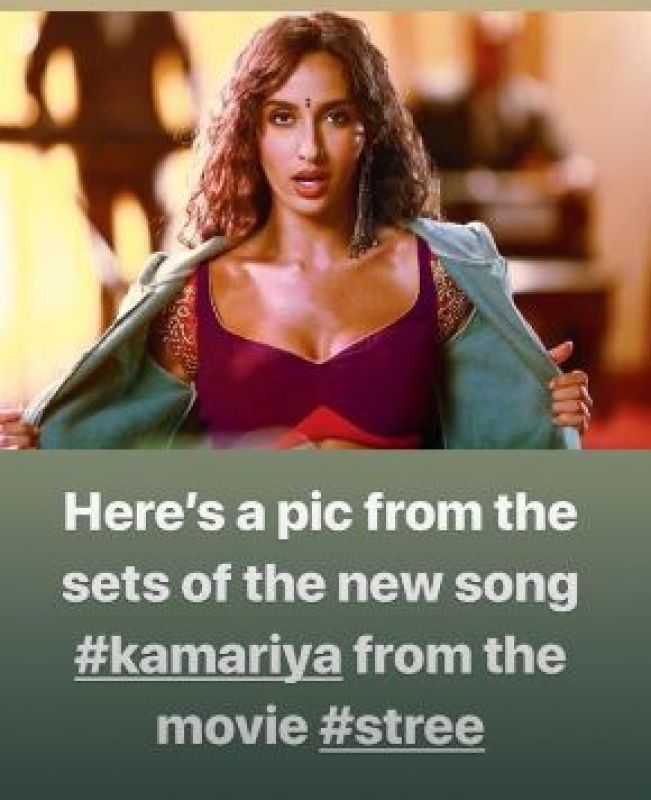 Fatehi's recent belly dancing videos on social media have earned her lot of appreciation. One such video on her Instagram page on 'Swag se Swagat' from the Salman Khan-starrer Tiger Zinda Hai lead to her bagging the Satyameva Jayate dance number.

On the work front, Nora will be seen in Ali Abbas Zafar's Bharat, alongside Salman Khan and Katrina Kaif.