Newsmakers   08 Jan 2017  Trump celeb crew awaits his turn in spotlight, and their own
Newsmakers

Trump celeb crew awaits his turn in spotlight, and their own

Actor Stephen Baldwin was among Trump's earliest celebrity endorsers, despite having been twice fired from Trump's "Celebrity Apprentice." 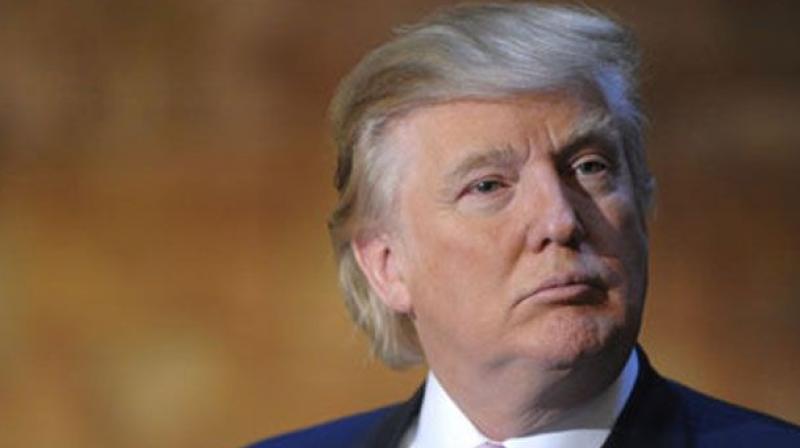 Washington: Fabio, the golden-haired model who graced the cover of hundreds of romance novels, was wrapping up Thanksgiving dinner at Donald Trump's South Florida club when the President-elect began making the rounds .

Fabio - he goes by his first name only - said he hit it off with the newly elected Republican, who asked the brawny model how he stays in shape. On a second visit to the Mar-a-Lago club around New Year's, Fabio huddled with incoming White House press secretary Sean Spicer and offered his assistance on veterans' issues.

"I want to help," said Fabio, who plans to be in Washington for Trump's January 20 .

Fabio's embrace of Trump puts him in an exclusive and eclectic club: celebrities who not only support the but are willing to do so publicly. The entertainment industry's liberal bent, combined with election-season outrage over Trump's controversial comments on women and minorities, left Trump persona non grata with many A-listers, particularly those who have rolled in President Barack Obama's circles.

While most modern presidents have had a celebrity clique, Obama's crowd has been especially glitzy. Beyonce performed at both of his inaugurations. Ellen DeGeneres and John Legend hobnobbed at his 55th birthday party. A slew of famous faces attended the president and first lady Michelle Obama's farewell bash Friday night at the White House, with some sharing social media posts about partying with the Obamas well into the morning.

Trump - a celebrity in his own right from his days as a New York tabloid fixture and reality television host - has attracted a crew. Actors Scott Baio and Antonio Sabato Jr spoke at the Republican National Convention and former Indiana University basketball coach Bob Knight appeared with Trump on the campaign trail.

Actor Stephen Baldwin was among Trump's earliest celebrity endorsers, despite having been twice fired from Trump's reality show "Celebrity Apprentice."

"Let's just say, when he fired me the second time, it was between me or Gary Busey, so I was a little pissed off for a couple of weeks," joked Baldwin, who starred in 1995's "The Usual Suspects" and 1996's "Bio-Dome."

Baldwin took the role of celebrity endorser seriously. Before doing interviews during the election, he said he would contact the campaign and see if there were any talking points he should . Baldwin - his older brother Alec plays a snarling Trump on "Saturday Night Live" - also stays in touch with the president-elect's son Eric, who attends the same Manhattan cigar club.

Always image conscious, Trump has bristled at the notion that the entertainment industry's elite has rejected him. In December, he tweeted that "so-called 'A' list celebrities" were all seeking tickets to his inauguration, yet few headline-making stars have been announced for the events surrounding his Jan. 20 .

"They've tried to hire some of the top people in the business and nobody's interested," Hollywood publicist Howard Bragman said. "Everybody's told them no."

One celebrity who has said yes? Wayne Newton, the popular Las Vegas entertainer and "Danke Schoen" singer. Newton, who has performed for seven presidents, said he's discussed the inauguration performance with Trump, though he's not certain exactly what his role will be yet.

The showman said he was disappointed that many in the Hollywood establishment are giving the inauguration a cold shoulder.

"I certainly agree with their right to do and handle that in any way they choose to, but they have no idea, truly, what they're missing," Newton said. "When they look back on this at some point in time in their life, they're going to that they missed a truly important and magnificent moment in American history."

Trump was a frequent target of celebrities throughout the campaign, particularly after the release of a in which he was heard making predatory comments about women. Hollywood kept piling on after Trump won the election, with some stars appearing in a television advertisement to encourage members of the Electoral College to switch their votes to Democrat Hillary Clinton. The effort flopped.

Patricia Phalen, a professor at The George Washington University, said the celebrity backlash against Trump does seem greater than any other modern presidency.

The celebrities that have signed on as Trump supporters are optimistic about his prospects for a successful presidency. Fabio, an Italian who recently became a US citizen, said he supports Trump's immigration policies and believes it's time for a president to "take care of the American people." Baldwin is hopeful Trump can bring "the economic change I think we need desperately."

But Baldwin, who also plans to attend the inauguration, said he doesn't expect opposition to Trump to fade anytime soon.

"What Trump does to unite the country again is what I'll be very curious to see," he said.