He had earlier in October said that he would cut up his green card if Trump was elected president of the United States. 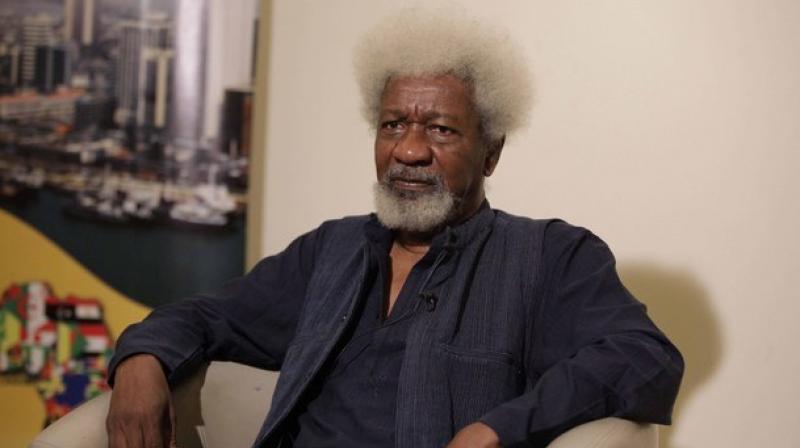 "I did exactly what I said I was going to do, which is how I always operate. It was a personal thing and I did everything I had to do personally," CNN quoted Soyinka, as saying.

He had earlier in October said that he would cut up his green card if Trump was elected president of the United States.

Soyinka was speaking at a press conference in Lagos on Monday to discuss the intense debate surrounding his green card. However, the Nobel Laureate did not tell whether he had torn up his green card or disposed it.

The writer and poet said he had quite early on realised that Trump could win.

"That's when I began to scream and to prepare, and say if this man gets in and it's looking as though he might, me, I'm out," Soyinka said.

"The American society is a very peculiar one. There are so many nationalities, so many interests, so it's quite possible for a demagogue to twang the negative chords in various constituencies of interest," he added.

Asserting that Obama was deriving no pleasure from handing over, the Nobel laureate said that he watched the body language, the tone and everything during the meeting between Obama and Trump and he felt sorry for the former.

Asking people to focus on important matters, such as the danger of Trump's anti-immigrant rhetoric, Soyinka said, "The important thing, what really matters, is the rhetoric that got him there."

"There was rhetoric against the black people, and in particular, specifically named, Nigerians, and I responded to it, and that's my business," he added.

Soyinka said that he will travel to U.S. as an ordinary citizen if he finds something very important or necessary to do.