This Udhampur-based pageant runner-up has a message for today's youth. 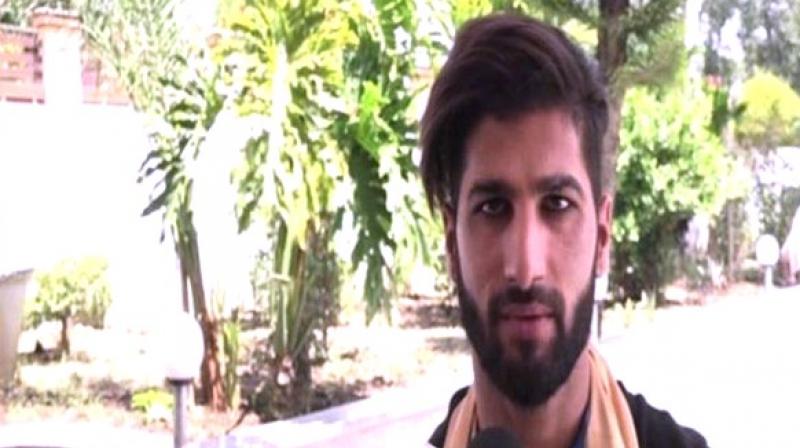 The Udhampur native has appealed to youngsters to participate in competitions to build confidence. (Photo: ANI)

Udhampur: Abbas Ashraf, who hails from Rakh Badali village of Udhampur district, made his state proud as he became the first youth from Jammu and Kashmir to clinch the Best International Look award at the Mr Asia contest held recently.

Ashraf was also declared as the first runner up in the competition that was held in Goa. Speaking to ANI, Ashraf, who was garlanded upon his return to his hometown recently, urged youngsters not to get deviated while making their careers.

"I feel really sorry for today's youth as I find them moving towards the wrong direction and falling into the trap of drugs. They should focus on making their career rather than falling prey to such addictions," he said.

In the competition, which was held on June 18 in Goa, Ashraf said he managed to defeat several participants from other Asian countries to reach the top, backed by his singing and poetry.

"There were only nine youngsters from my state and out of them, only I was selected for the next round. Later, for the talent hunt round, I had impressed the audience with my poetic and singing skills which helped me a lot in my victory. In the finals, there were only five people left of which I was awarded the First Runner Up and Best International Look award," Ashraf said.