The man, Suraj Gawai, suffered serious injuries in the incident which occurred in Rahul Nagar in the eastern suburb of Mulund. 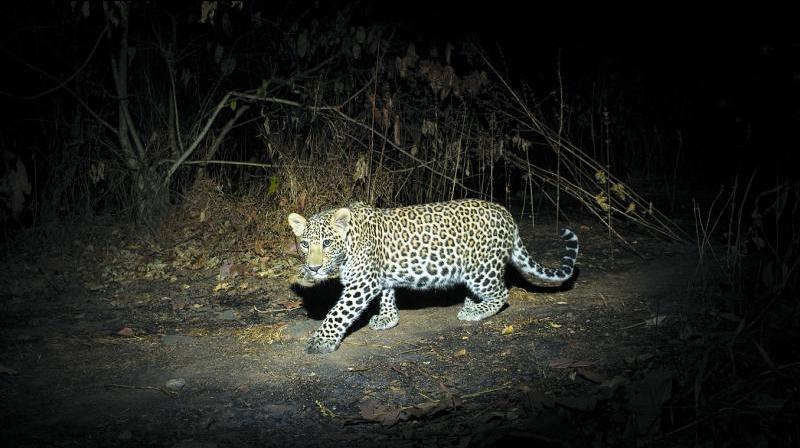 Gawai saw the leopard trying to attack the dog and attempted to rescue the dog, upon which the big cat pounced on him, leaving him injured, before fleeing. (Photo: Representational/Rajesh Sanap)

Mumbai: A 29-year-old man was injured in an attack by a leopard when he tried to save his pet dog from the wild animal, a civic official said on Monday.

The man, Suraj Gawai, suffered serious injuries in the incident which occurred in the wee hours of Sunday at Rahul Nagar in the eastern suburb of Mulund, said the official from the BMC Disaster Control Room.

Gawai and his family members were fast asleep when their pet Rottweiler, tied outside the house, suddenly started barking at around 2 am, he said.

Gawai opened the door to check and saw the leopard trying to attack the dog. When he attempted to rescue the dog, the big cat pounced on him, leaving him injured, before fleeing, the official said.

The area where the leopard attack victim resides lies close to the forests of the Sanjay Gandhi National Park, home to a number of wild animals.

Gawai, who suffered injuries on his face and scalp, has been admitted in the surgical ward of the civic-run KEM Hospital in Central Mumbai, he said.

He is out of danger, the official said.