Work on wall along mangroves to begin in November

Apart from Cheetah Camp, the chain fencing will also be carried out along mangroves at Kannamwar Nagar in Vikhroli. 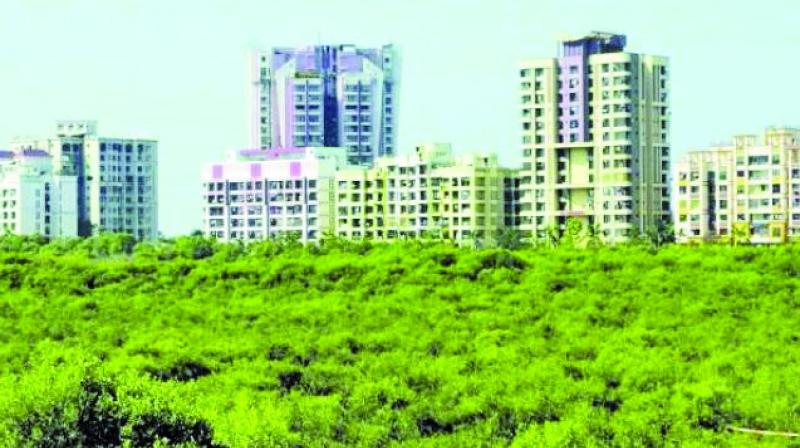 Mangroves in Trombay, Cheetah Camp have been cordoned off by the mangrove cell.

Mumbai: The state mangrove cell will start construction of the 10-feet compound wall along mangroves in Mumbai and Navi Mumbai in November, said an official from the mangrove cell. The move is expected to prevent encroachment and cases of garbage dumping inside mangroves in the city.

Currently, the mangrove cell, which is a statutory body keeping a watch on city mangroves, has cordoned off mangroves at Cheetah Camp, Trombay, by erecting a chain fence around them.

According to the mangrove cell, it has got permission from the Bombay high court for erecting the compound wall within 50 metres of the mangroves.

“In the recent landmark order of the high court on protection of mangroves, the court has stated that only construction of compound walls meant to prevent encroachment is allowed within 50 metres of the mangroves. Now that we have got the permission from the high court, we can start construction work by November,” said Makarand Ghodke, assistant conservator of forests, mangrove cell.

The mangrove cell has already started the process of floating tenders for the construction of the compound wall, which is expected to be complete by October. “There are a few areas where, despite repeated demolition, encroachment keeps happening. To cordon off these encroachers, we are putting chain fences.

Around 800 metres along the mangroves at Cheetah Camp has already been cordoned off with fencing, which we will be extending to 1km,” said Mr Ghodke.

Apart from Cheetah Camp, the chain fencing will also be carried out along mangroves at Kannamwar Nagar in Vikhroli.