Kadam’s tweet got some 450 retweets and more than 250 likes. 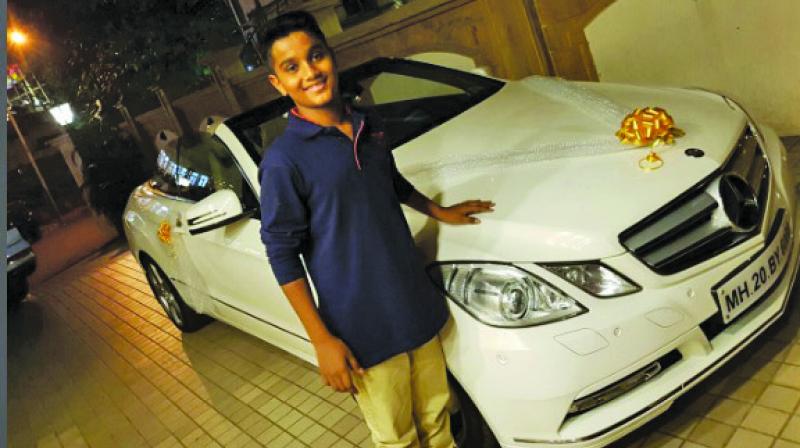 Ram Kadam just didn’t gift his son the car, but also posted a picture on Twitter, which attracted a lot of traction.

Mumbai: BJP MLA Ram Kadam was one who shot to fame in the last decade after he announced he would be giving away Rs 25 lakh worth prizes for those who break his Dahi Handi. So when his son celebrated his birthday earlier last week, he gifted him a Mercedes.

Mr Kadam just didn’t gift him the car, but he also posted the picture on Twitter, which attracted a lot of traction, and many comments. When this reporter contacted Mr Kadam asking about his gift to his son, and whether he has attained the legal age to drive a car, Mr Kadam said, “He is my son, so what if he is minor, I can gift him a Ducati too. He won’t drive the car, he is minor and will sit in the car and a driver will drive it.”

Mr Kadam tweeted on November 19, “HappyBirthday to my dearest son @AumRKadam !!! This my loving gift for him !!!” (sic) The tweet got some 450 retweets and more than 250 likes. However, there were many on the social media site who advised Mr Kadam that he should behave responsibly. Mr Kadam had joined the BJP just before the 2014 assembly polls. He earlier represented the same Ghatkopar west constituency, but from MNS.