KEM is the only civic-run hospital in the state to have a specialised GI department. 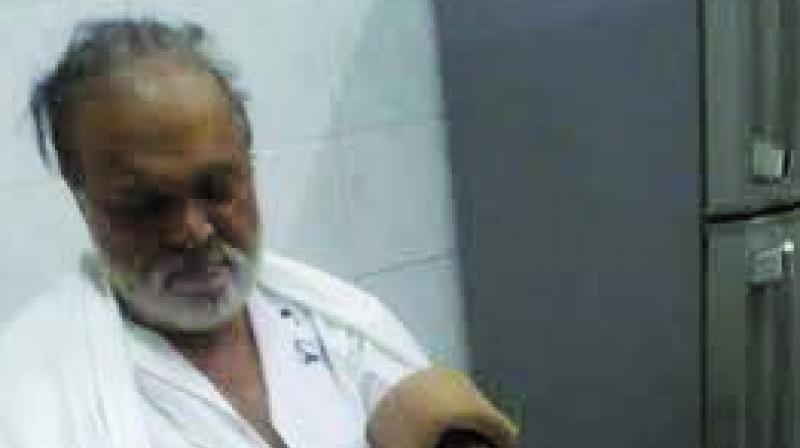 Mumbai: A month after former deputy chief minister Chhagan Bhujbal (70) was shifted to the civic-run KEM Hospital for treating a stomach ailment and the necrosis of pancreas, a condition in which cells in an organ start dying due to an infection or disease, doctors attending on him said he needs surgery, which will prolong his stay here. He had originally been brought to KEM Hospital around March 13 after a special court directed that he be taken to KEM for two tests – Hepatopancreatobiliary (HPB) and under Gastroentereology.

KEM Hospital dean Avinash Supe said that Mr Bhujbal needs a surgery and the decision on his discharge would be taken after the surgical procedure. Doctors said his condition was critical which is why he had been admitted to the hospital’s specialised gastrointestinal (GI) department. Bhujbal is currently in jail following his arrest in a PMLA case by the ED (Enforcement Directorate) in March 2016.

KEM is the only civic-run hospital in the state to have a specialised GI department. Mr Bhujbal has been assigned a special AC room on the second floor of the new building. According to doctors attending on him, Mr Bhujbal’s condition is improving. He has been put on antibiotic.

“After he underwent a CT scan, MRI and several other tests, it was confirmed that he had necrosis of liver. It takes at least six to eight weeks to be treated,” said the head of the department. Talking to The Asian Age, Dr Supe said,

“He needs surgery, which will prolong his stay.  After that, depending on his recovery, a  decision will be taken about his discharge.”

But social activist Anjali Damania said, “For an acute pancreatitis ailment which, Bhujbal is suffering from, it doesn’t takes one month to recover. A patient gets to stay in hospital for 8-10 days, not for over a month.” She added, “Bhujbal has recovered and doesn’t need to stay at the hospital any longer. Just for the sake of keeping him out of jail, he is being kept in an AC room at the hospital.”