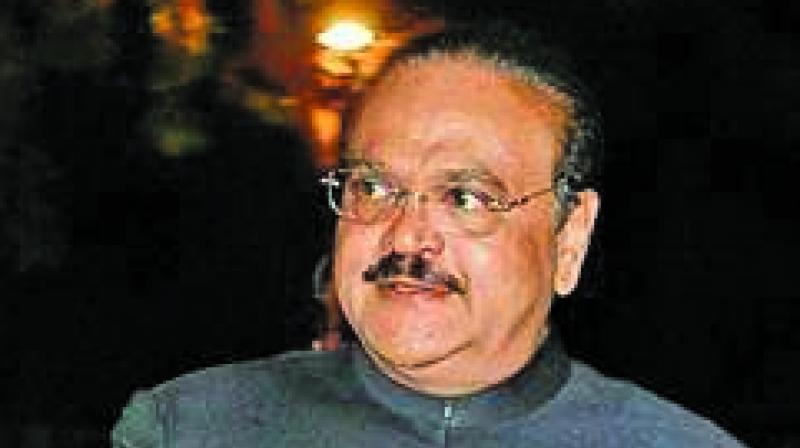 Mumbai: The state Anti-Corruption Bureau (ACB), which is probing a disproportionate assets case against former deputy chief minister Chhagan Bhujbal since May 2016, may take another six months to file its first chargesheet against him due to lack of manpower, said sources. While ACB does not have in-house experts to value his 25-odd assets, for which it has to depend on non-agency professionals, the agency’s officials are also likely to soon get busy in BMC polls –related work.

ACB sources said the agency is struggling to even assess Bhujbal’s assets in the probe due to lack of adequate manpower resources. In a separate Prevention of Money Laundering Act (PMLA) probe, the Enforcement Directorate (ED) had arrested Bhujbal in March last year on allegations that he had laundered Rs 800 crore that was unaccounted. ACB has not stated the exact worth of the alleged assets amassed by Bhujbal but has put under its scanner 25-odd properties owned by him or his family members. The assets under ACB’s scanner include 17 “lavish flats, six bungalows and two farmhouses,” according to a source who is familiar with the agency’s probe against him.

In May last year, ACB in its FIR registered under Prevention of Corruption Act against Bhujbal and 11 of his family members accused him of amassing unaccounted wealth of around Rs 203.24 crore between 1999 and 2014, which was “45.27% more than his known sources of income,” said the source. Later, ACB conducted searches at Bhujbal’s properties in August 2016 and roped in teams of professionals from outside the agency to value them since it does not have in-house experts to assess their worth.

“But, as the non-ACB professionals have their own work obligations, apart from the assignments we gave them, they could not complete the valuation till now,” said the source. “Now, the BMC elections will be held in a few weeks for which ACB officials will have to perform their duties as well, which will further delay our probe against Bhujbal,” said the source. “It will take more than six months to do further valuation and file chargesheet,” said the source.