He also asked the court that why he had not filed it earlier. Singh further submitted that his petition should not be entertained. 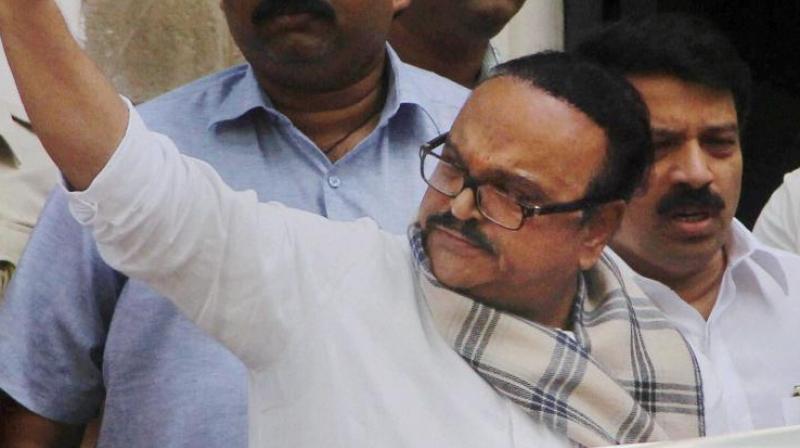 Mumbai: The Enforcement Directorate (ED) on Tuesday argued before the Bombay high court that NCP leader Chhagan Bhujbal could not claim that he was detained illegally as he was produced at a Prevention of Money Laundering Act (PMLA) court the very next day after his arrest in March.

A division bench of Justice Ranjit More and Justice Shalini Phansalkar Joshi was hearing a habeas corpus petition filed by Bhujbal, who alleged that ED had arrested him illegally. Earlier Bhujbal’s lawyer had withdrawn a petition that had challenged section 19 and 45 of the PMLA, which are related to arrest and not granting bail to accused.

On Tuesday, Additional Solicitor General Anil Singh argued, “Bhujbal was arrested in March. After eight months have passed he has filed a habeas corpus petition now.”

He also asked the court that why he had not filed it earlier. Singh further submitted that his petition should not be entertained.

Bhujbal’s lawyer Vikram Choudhary pleaded that there was a violation of Article 21 as well as 22 of the Constitution of India and, therefore, the arrest of Bhujbal by the ED is illegal

“As per the Lalita Kumari case, a first information report (FIR) is required to be registered for conducting any legitimate investigations, but the ED did not file any FIR. It registered an enforcement case investigation report (ECIR), which is not a public document like an FIR. The ECIR in this case has not yet been produced before the special court,” said Mr Choudhary.

“When any agency has to arrest a person, it should first probe the matter, then arrest the person and then file an FIR; but in this case, the ED registered an ECIR in June 2015 and arrested Bhujbal only in March 2016,”  he added.