Thumbs-up for Sanskrit in CBSE schools

CBSE’s governing body on Tuesday approved restoring the class X board examinations from the next academic session. 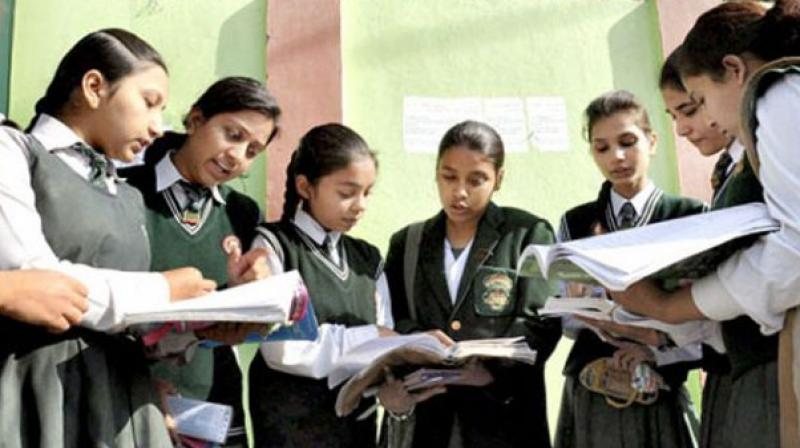 There are approximately 63 schools affiliated to CBSE in Mumbai. (Representational image)

Mumbai: The Central Board of Secondary Education (CBSE) has decided to introduce a three-language policy, including Sanskrit, till class X in all its affiliated schools. Experts, school principals and students have said that this constitutes a good move. CBSE’s governing body on Tuesday approved restoring the class X board examinations from the next academic session, after a gap of seven years.

There are approximately 63 schools affiliated to CBSE in Mumbai. A majority of the affiliated institutions offer the mother tongue or Hindi, English and a foreign language, such as German or Mandarin, up to class VIII.  All schools would now not only have to implement the three-language formula in letter and spirit, but also extend it up to class X. A directive, which includes finer details and the timing of the implementation, would be issued to the schools as soon as the government ratifies the move.

Snigdha Joshi, a student in a Thane-based CBSE school, said, “It is a new thing, but we welcome the move as it would help us score more since it is a language subject.” The examinations for 2017-18 would be conducted in March 2018. While 80 per cent weightage would be for the board exam, 20 per cent would be based on internal tests.