Mango production falls by 75 per cent due to harsh weather

The price of the fruit per dozen (wholesale) has gone up to Rs 600 as compared to last year’s Rs 450 per dozen. 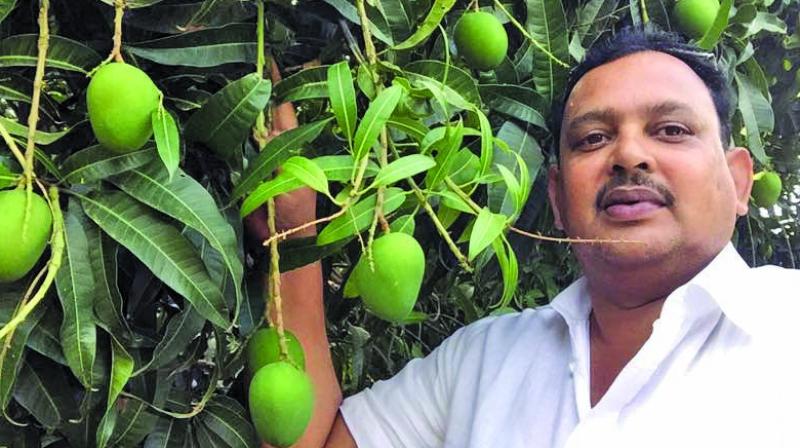 Mumbai: Only a limited amount of Alphonso mangoes from the Konkan region will be available this summer. Mango growers claimed that the severe cold and subsequent sweltering climate in February affected mango flowers. The production of mangoes has been only 25 per cent of what was produced last year. The price of the fruit per dozen (wholesale) has gone up to Rs 600 as compared to last year’s Rs 450 per dozen.

Mango farm owners said the weather did not support them. Arif Bagdadi, a mango farm owner from Devgad in Sindhudurg district,, blamed the harsh weather for lack of production.

“It was extremely hot and cold during February. This didn’t help us in any way. The extreme weather affected the flowers and all of them fell. This is the reason why the produce has reduced,” said Mr Bagdadi.

According to Mr Bagdadi, the production fell by 75 per cent compared to what it was last year and hence the prices have gone up too.

Munaf Thakur, a farm owner from Vijaydurga area, from where mangoes are exported all over the world, said, “The prices at which one dozen mangoes are being sold in the wholesale market is Rs 600. Last

year, the same mangoes were sold at Rs 400 per dozen. This is because the mango production is low.” Explaining the reason behind the low production, Mr Thakur claimed that the mango flowers did not bloom because of harsh weather.

“Only those who used heavy pesticides could maintain the first three seasons of the flower. For people like us who do not use much pesticides and chemicals, we could yield only from the last flowering season and hence, the production this year has gone down,” said Mr Thakur.