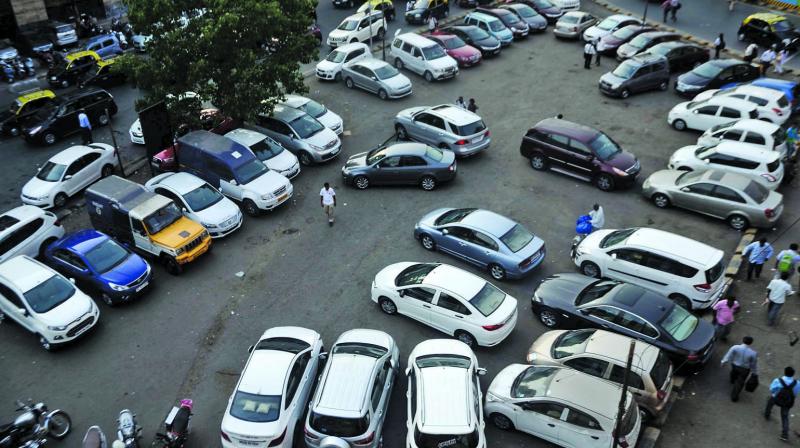 Traffic experts have frowned upon the concept, citing heavy costs and waste of public money.

Mumbai: In an attempt to further regularise parking structure in the city, the Brihanmumbai Municipal Corporation (BMC) has decided to revive the project of underground parking. The civic body, under this project, would set up two underground parking lots at Madanpura in Mumbai Central and Patwardhan Park in Khar West.

According to civic officials, city’s first underground parking lot at Zulla Maidan in Madanpura will have the capacity of 900 parking spaces, and will accommodate 350 four-wheelers and 550 two-wheelers.

“One faces lot of traffic jams in areas like Mumbai Central, Nagpada, Mohammad Ali Road etc. while travelling from suburbs to the city. The situation worsens further due to haphazard parking on both sides of the roads.

The Madanpura parking lot is expected to ease traffic woes in these areas,” said a senior civic official. Given the acute shortage of space, BMC officials have been directed to explore the option of and identify areas where parking lots could be set up under playgrounds and recreational grounds, like the Zulla Maidan.

Some of the other areas under consideration for the project are Cross Maidan, Oval Maidan and Linking Road garden at Bandra. The civic body has planned to construct 10 lots, especially in island city, where the parking problem is severe.

Traffic experts, however, have frowned upon the concept citing heavy costs and waste of public money. Transport researcher Ashok Datar said, “First thing we have to understand is that parking is not an infrastructure.

It is the private use of public space, which should be disallowed. Instead, parking space on roads should be used to promote public transport like buses and other modes,” he said.

Mr Datar also added that it would take a long time to recover the cost of this project, about Rs 30 lakh to Rs 40lakh for each car, which could instead be used to improve public transport like providing separate lanes for buses.

Civic chief, Ajoy Mehta had presented the plans for the project in his 2017-18 budget speech, to tackle the growing parking woes.

“For the underground parking facilities at Madanpura and Patwardhan Park, preparation of estimates and plans is under progress. The civic body has made a budgetary provision of Rs 1 crore for this,” he said.