Women’s body may haul up Kadu over Malini jibe 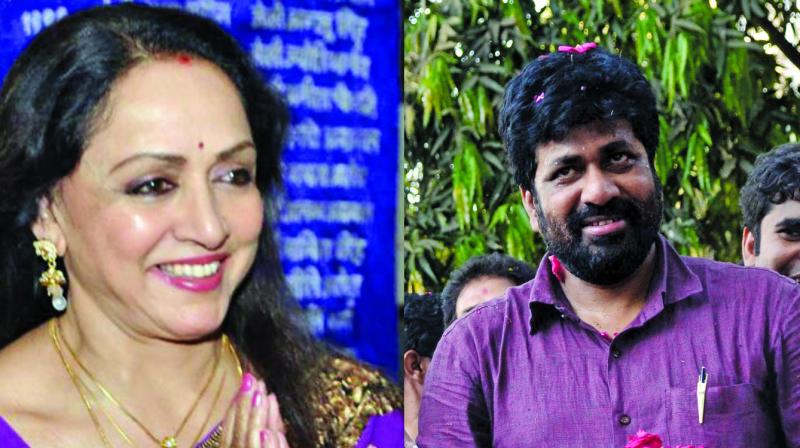 Mumbai: Independent MLA Bacchu Kadu has landed himself in some serious trouble after the ‘Hema Malini drinks daily’ jibe. The state women commission chairperson Vijaya Rahatkar plans to hold a meeting to decide what action against should be taken against Mr Kadu.

On Thursday Mr Kadu, an independent MLA from Amravati, had said, “If drinking alcohol is the reason for farmer suicide then there are many actors who drink daily. Doesn’t Hema Malini drink too? Why hasn’t she committed suicide?”

Mr Kadu while explaining his side, had further added, “I was referring to the statements made by some people from the government that alcohol is the reason why farmers are committing suicide in the context of the loan waiver. The government does not want to do anything. How can you blame alcohol for farmer suicides? Don’t actors drink too? Have they committed suicide? I referred to Hema Malini in that context.”

However, Ms Rahatkar is not convinced with Mr Kadu’s explanation. She said, “The statements made by Mr Kadu are defamatory. It shows that women still are target and what he spoke about Hemaji isn’t acceptable.”

She claimed that any decision on Kadu and his statement would be taken only after discussion with the committee members of her team. “I will call for a meeting of the committee soon and will discuss on what action can be taken on this issue,” she said.

Kadu  had gone a step forward and even claimed that journalists and around 75 per cent legislators also drink but none have committed suicide. Repeated attempts to contact Hema Malini and Dharmendra got us no response.