The message was sent out by BJP spokesperson Keshav Upadhyay on the orders of BJP chief spokesperson of the state Madhav Bhandari. 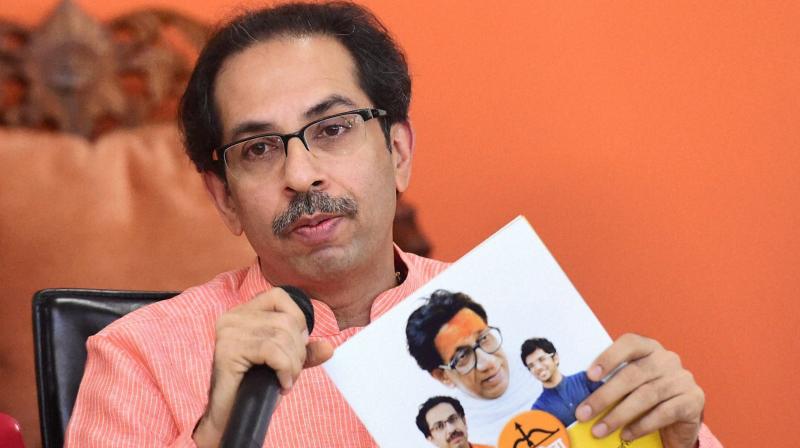 Mumbai: In the first sign of the Bharatiya Janata Party (BJP) going on the defensive in its turf war with the Shiv Sena, it has issued a diktat to all its spokespersons not to participate in any debate on the possibility of Sena withdrawing support from state government.

High-placed sources from the BJP said that the party feels that the Uddhav Thackeray-led party may really withdraw from the government. They don’t want to antagonise Sena. A message was sent out by the BJP top leader to all the spokesperson, who regularly interact with the media to not participate in any debate pertaining to

Sena pulling out of the government. The message was sent out by BJP spokesperson Keshav Upadhyay on the orders of BJP chief spokesperson of the state Madhav Bhandari.

Confirming the diktat, a senior BJP spokesperson said, “We have decided not to attack the Sena on the alliance issue. Why give them so much importance and fall in their trap. We do not want to be seen speaking against the alliance.”

After breaking its alliance with the BJP for the BMC polls on January 26, the Shiv has claimed that it has put the BJP on ‘notice period’. Sena president Uddhav Thackeray told this paper the same and claimed that things will be clear after the results, but it isn’t going with BJP in future.

Buzz in the political circles is that the Sena will withdraw its support from the BJP government in the state on February 18. However, Sena leaders remain tight-lipped when asked about this development.

The BJP needs Sena in order to have a majority in the state assembly. The Nationalist Congress Party too has declared that it won’t support BJP and doesn’t mind mid-term elections.