The issue got politicised with the NCP putting up posters across the city targeting the youth leader for the death of the female penguin. 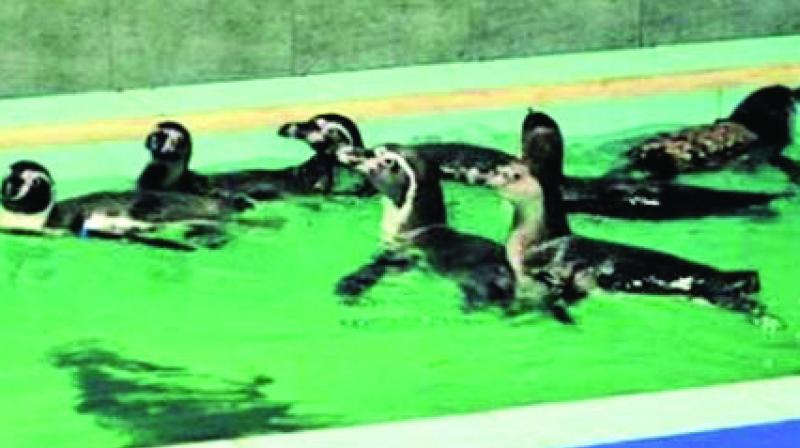 Now, there are seven penguins in the zoo.

Mumbai: Municipal commissioner Ajoy Mehta, in his fact-finding report on the death of a penguin at the Byculla Zoo, has claimed that no thought had been put into the planning of obtaining the birds.

The report, dated February 6, reads: “This is a clear case of not being prudent in public expenditure. Neither thought nor effort appears to have gone into this at the planning stage.”

Bringing Humboldt penguins to the city was the pet project of Shiv Sena scion Aaditya Thackeray, whose party has been at the helm of the Brihanmumbai Municipal Corporation (BMC) for some time now. However, after one of the eight penguins died on October 23 last year the civic body was blamed for having brought the birds to the city in the first place. The issue got politicised with the Nationalist Congress Party (NCP) putting up posters across the city targeting the youth leader for the death of the female penguin.