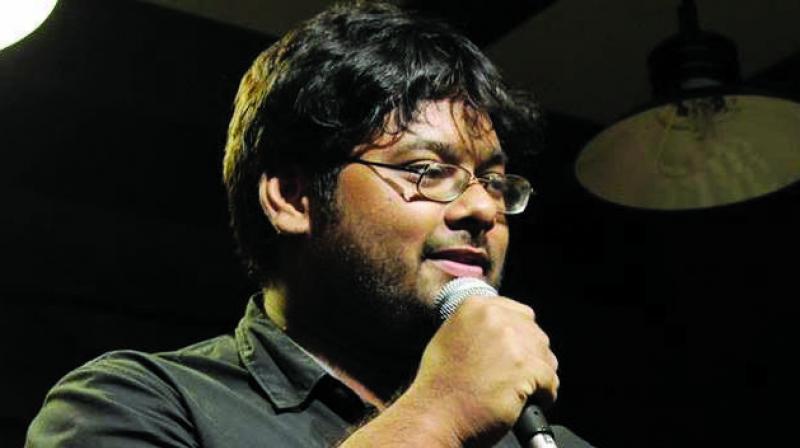 Mumbai: Comedian Sourav Ghosh seems to be paying a heavy price for his recent comment on Shivaji Maharaj, with Shiv Sena members visiting cafés and bars where he is scheduled to perform and asking them to withdraw his name from the list of performers. Mr Ghosh had apologised for the remark, in which he had said “O Nange Marathi Bacche, Peheno Shivaji Kacche’, (Naked Marathi kids, wear Shivaji underwear)”, but the Sena is not pacified and has claimed it won’t let him perform in Mumbai again.

Cafes and bars seem to be acceding to the Sena’s demand.

Mr Ghosh was scheduled to perform on May 14 at Havana, a café in South Mumbai’s Colaba. However, on May 9 (Tuesday) Sena activists landed at the bar and handed them a letter.

“We gave a letter asking the management to not allow someone like Ghosh to perform in their café, as he had made derogatory remarks against Shivaji Maharaj,” said Amit Bhadrica, Sena worker. Mr Bhadrica was among those who visited the café on May 9, along with other leaders including the Yuva Sena vibhag adhikari Prathamesh Sakpal, who also is the son of Shiv Sena’s South Mumbai division head Pandurang Sakpal.

Mr Ghosh in the first week of May had made some derogatory remarks against Shivaji Maharaj in a video message. Irked by the remarks, some people had started posting messages to him online. Replying to one of the messages, Mr Ghosh on his Facebook wall posted another message, titled Troll vs Underwear. In an online interaction with a user on Facebook, he wrote, “Sirf Video nahi, mai Shivaji ke naam se underwear bhi bechata hoon, bahut mast bik rahe hain, tag line hai, ‘O nange marathi bacche, lelo Shivaji ke Kacche.’(Not only video, I even sell, underwear in the name of Shivaji, they are selling good too. The tag line is ‘O nude Marathi children, wear Shivaji underwear.)

According to sources within Shiv Sena, the party is now hunting down listings for information on places where Mr Ghosh is scheduled to perform. After this, they approach those cafés/bars and ask them to not let him perform there. “One of our units even approached a café in Worli where he was scheduled to play and we got it canned too,” said Mr Bhadricha.

Mr Ghosh had, in the aftermath of the controversy, apologised on Facebook for hurting the sentiments of people and had also deleted the contentious messages. But Sena activists have decided to not let the matter die down so easily and claim that they won’t let the comedian perform in Mumbai again.

When The Asian Age contacted Havana, the café confirmed that it did receive a letter from Sena. The café said sainiks did visit the facility, post which, they have taken off Mr Ghosh and instead another stand-up comedian, Abhishek, will now be performing.

Repeated attempts to contact Mr Ghosh got no response. His phone still remains switched off.