Ahead of BMC polls, Shiv Sena warms up to Gujaratis

The BJP claims that the Gujarati leaders who have joined the Sena do not worry the party, as they aren’t from the BJP. 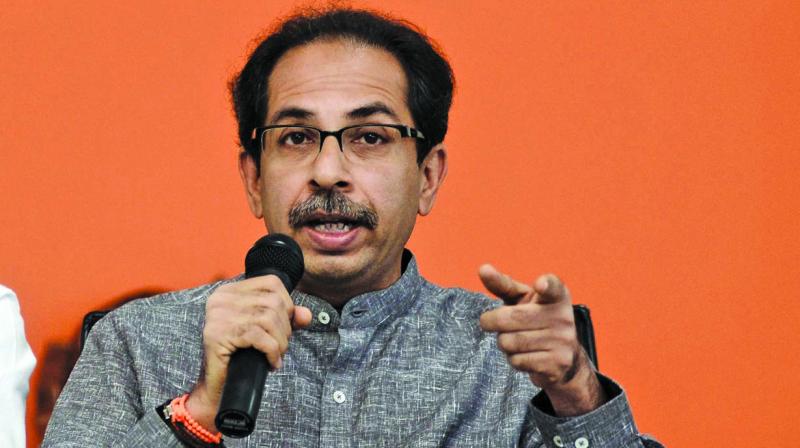 Mumbai: The Gujarati community in Mumbai has always been considered as a vote base of the BJP, especially after Prime Minister Narendra Modi’s entry in the national scene. This had miffed the Shiv Sena to such an extent that it came out with an editorial in 2014 criticising Gujaratis for choosing Mr Modi over Mumbai. But now, the same Shiv Sena is inducting Gujaratis from the NCP and Congress into its fold. This is because, with the Brihanmumbai Municipal Corporation (BMC) elections around the corner, the community has become dear to the Sena as it constitutes a huge voter base.

Even on Wednesday, a bunch of leaders from the Congress’s Gujarati cell joined the Sena in the presence of party chief Uddhav Thackeray at his residence Matoshree, in Bandra. Mr Thackeray said, “The note ban is one of the reasons why the Gujarati community is joining the Shiv Sena in large numbers.” However, the Sena’s sudden shift in attitude towards Gujaratis is being attributed to the community’s members voting en masse for the BJP.

The Sena, which was always ahead of the BJP in the city, stood second in the last assembly elections, with the BJP emerging as the largest party. “This success has worried the Sena and, hence, it is targeting the Gujarati vote. Especially with the BJP growing stronger in the city and the BMC elections being announced, the Sena wants to consolidate all the votes,” said a Sena leader.

Meanwhile, the BJP claims that the Gujarati leaders who have joined the Sena do not worry the party, as they aren’t from the BJP. “Who are the leaders and what are their credentials? From Bafna (Congress) to other Gujarati leaders, all of them who have joined the Sena are either from the Congress or the NCP. The core Gujarati voters are always with us, and have supported Prime Minister Modi in all his endeavours,” said a BJP leader from Mumbai.

The BJP at present has two Gujarati MLAs from Mumbai — Prakash Mehta, who is a minister, and Yogesh Sagar. That apart, the only Gujarati MP from the city — Kirit Somaiya — is also from the BJP.