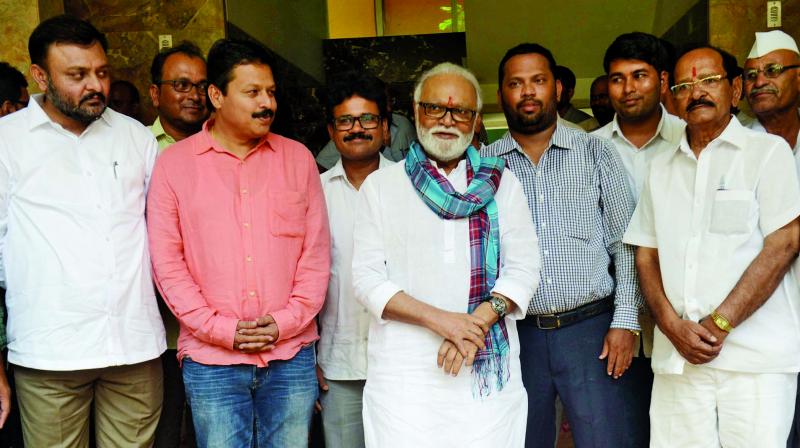 Mumbai: Senior NCP leader and former deputy chief minister Chhagan Bhujbal - who was granted bail in a money laundering case on Friday by a city court - was on Thursday discharged from KEM Hospital, after which he thanked Shiv Sena chief Uddhav Thackeray for the latter’s “support”.

Mr Bhujbal expressed that though he was jailed in connection with the construction of Maharashtra Sadan, the truth would eventually come out.

Mr Bhujbal was granted bail by Bombay high court on May 4 but was admitted to KEM Hospital, and discharged Thursday morning.

He told members of the press, “I was with the Sena for 25 years, so the relationship remains, because of affection. Mr Thackeray advised my son Pankaj to take care of my health. I am very much thankful to him for supporting me during a bad time.” Mr Bhujbal said that his experience in jail was pathetic.

He also said that after getting bail, he immediately got a call from NCP chief Sharad Pawar.

“I was jailed in connection with the construction of Maharashtra Sadan in Delhi, but BJP MPs also praised the construction work. I am happy and the truth will come out before the public,” he said.

Mr Bhujbal thanked the dean of KEM hospital, Dr Avinash Supe, and his team, for taking care of him. The senior leader will undergo operation and further treatment as per medical advice.

Mr Bhujbal clarified that he would join party work after medical treatment.