Muslims had given up claim, but communists misled them: Archaeologist. 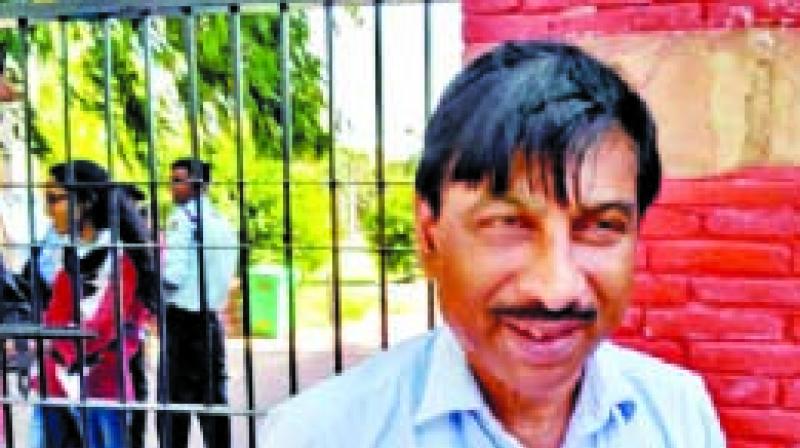 Mumbai: Muslims in India had given up their claim on Ram Janmabhoomi in Ayodhya after the initial excavation at the site, but communists and noted historian Irfan Habib misled them, claims an RSS newsletter citing one of the alleged excavators of the Ram Janmabhoomi site.

In a two-page interview, K.K. Mohammed, who says he was part of the team of Dr B.B. Lal that conducted an excavation at the site, blamed communists for distorting the Ramayan and misleading Muslims by aligning with fundamentalists. Mr Mohammed further claimed that communists did not want the issue to be settled and it was they who stopped Muslim organisations from handing over the disputed land to Hindus. This development comes in the midst of the Supreme Court asking parties involved in the Ayodhya controversy to settle the matter out of court.

In the interview, Mr Mohammed also made allegations against renowned historian Irfan Habib, claiming that it was Mr Habib, who along with communists had misled the Muslims. Mr Habib has refuted the claim.

The article, which was published last week, says Mr Mohammed was one of the archaeologists involved in the excavation work of Ram Janmabhoomi.

The article quotes Mr Mohammed as saying, “The issue has become political now, Muslim leaders also didn’t lead the community properly on the issue. After the first excavation in Ayodhya, Muslims had decided to let go their claim over the land, but communist historians like Irfan Habib got into it and misled the Muslims and said that there was ‘nothing’ after the first excavation and asked for further digging at the place. Thus to settle the matter, Muslims are finding it difficult to come back to the negotiating table.”

The interview also has Mr Mohammed claiming that he was part of the team of Dr Lal. “When we excavated the land then, we found out that the walls of the disputed structure was based on a temple’s pillar,” he said.

Mr Mohammed claimed in the interview that communists are worse than religiously inclined parties representing the minorities who do not want the matter to be settled. Mr Habib, associated with Aligarh Muslim University, refuted the claims and questioned Mr Mohammed’s involvement in Dr Lal’s team.

Mr Habib said, “K.K. Mohammed was an archaeological assistant, he has nothing to do with the actual site. He claims that he was associated with Dr Lal, but then I have gone through documents, I haven’t seen his name. I don’t know why am I being targeted by him.”