According to Rahul Kanal, president of ‘I Love Mumbai’, about 3,000 locals will benefit by these toilets. 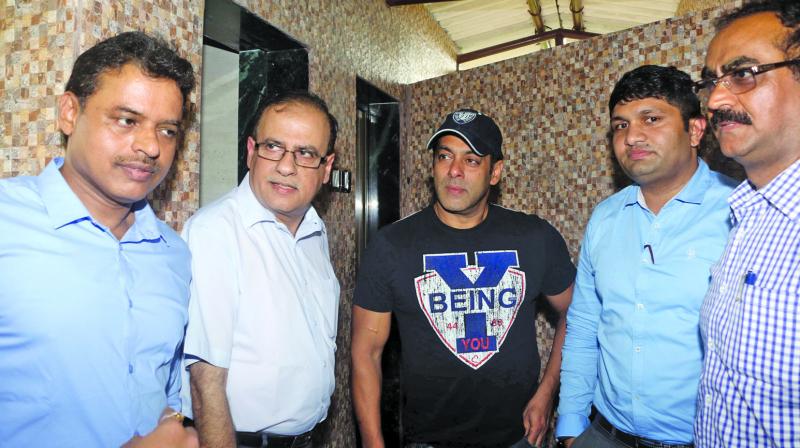 Mumbai: Filmstar Salman Khan, the brand ambassador for BMC’s drive against open defecation (ODF), a part of Prime Minister Narendra Modi’s Swachh Bharat Abhiyan, on Friday inspected the community toilets that have been built for Adivasis in Aarey Colony. He was accompanied by civic chief Ajoy Mehta.

The five community toilets at Madras Pada, one of the slums inside Aarey Colony, have been restored by Salman’s Being Human NGO and another NGO called I Love Mumbai. The star had promised to restore them for the locals after they complained about the terrible condition of the toilets due to water shortage, leaving them with no option but to defecate in the open.

According to Rahul Kanal, president of ‘I Love Mumbai’,  about 3,000 locals will benefit by these toilets.