Metros   Mumbai  10 May 2018  Bhujbal to be discharged from KEM hosp on Friday
Metros, Mumbai

Bhujbal to be discharged from KEM hosp on Friday 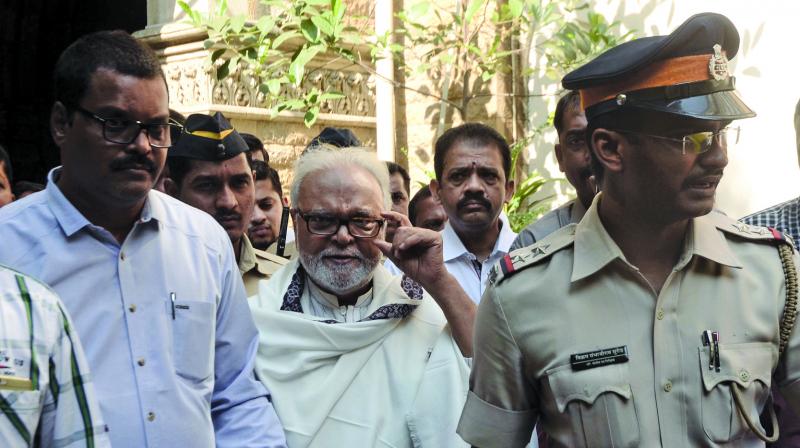 File picture of Chhagan Bhujbal with the cops

Mumbai: Nationalist Congress Party (NCP) leader and former deputy chief minister Chhagan Bhujbal is set to be discharged from KEM hospital on Friday. He received bail from the court in a PMLA case last Friday.

Earlier, tests conducted at KEM had revealed that Mr Bhujbal suffered from pancreatitis, asthma and high blood pressure. But his asthma and blood pressure problems are under control now, said the liver specialist Dr Chetan Kantaria, who is treating Bhujbal. He was admitted to the state-run JJ Hospital in early March before being shifted to KEM on March 13 after a special court directed that he underwent two tests, which revealed that he was suffering from pancreatitis, asthma and high blood pressure.

Talking to The Asian Age, Dr Kantaria said, “Mr Bhujbal is under observation. Currently his asthma, blood pressure and diabetes are under control but for pancreatitis he needs hospitalisation.” He added, “Since he was suffering from severe pancreatitis,
he has not fully recovered but can be discharged after two days and be cared for at home.”

On Wednesday, leader of opposition in the Maharashtra legislative assembly, Mr Radhakrishna Vikhe-Patil from the Congress met Mr Bhujbal at KEM while the latter’s
son Pankaj Bhujbal met Shiv Sena chief Uddhav Thackeray at Matoshree. The meeting comes after five days Bhujbal was granted bail by the Bombay high court in
a money laundering case.