There have been few instances of both the leaders taking direct pot shots at each other. 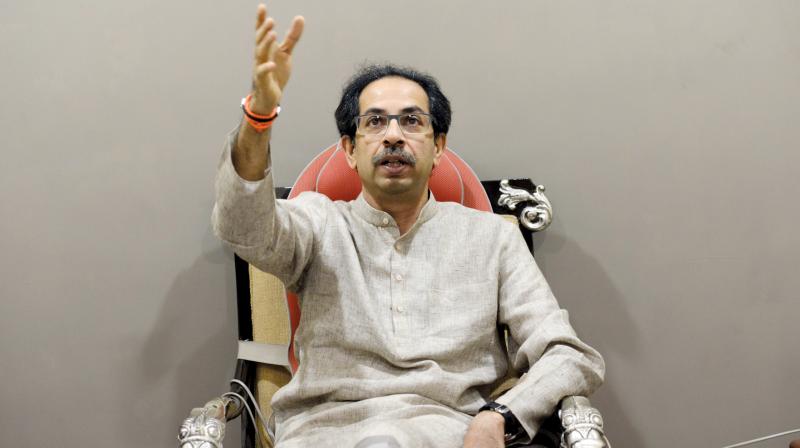 Mumbai: Shiv Sena chief Uddhav Thackeray and chief minister Devendra Fadnavis’ friendship seems to be on the rocks. On Thursday, while speaking to this paper, Mr Thackeray sounded hurt when asked about Mr Fadnavis’ salvos against his party.

Mr Thackeray said, “I wasn’t expecting the chief minister to speak the truth about the Brihanmumbai Municipal Corporation (BMC), but I didn’t expect him to lie either.”

The Shiv Sena and the Bharatiya Janata Party (BJP) have been at loggerheads after the Lok Sabha polls in 2014, but there have been few instances of both the leaders taking direct pot shots at each other.

Mr Fadnavis has been seen as the person who has been soft on the Sena and was the one who was trying to seek an alliance with the party, while his BJP colleagues saw otherwise. Though the Sena broke the alliance during the BMC elections, the chief minister didn’t say anything directly against Mr Thackeray.

However, on Wednesday during a rally in Mulund, the CM attacked the Sena over its ‘misinterpretation’ of the Economic Survey, which the Sena claims had placed the civic body at the number one spot for transparency.

The CM contested the Sena’s claims, but the Sena refuted his statements. “I have always spoken the truth, whenever I liked the chief minister’s work, I praised him, but he is under pressure from the high command and wants to save his chair, so he is speaking all this,” Mr Thackeray said.

The CM had also attacked Mr Thackeray’s advisors, which didn’t sit well with the latter; as on several instances the advisors of Mr Thackeray have been under fire.

“My advisors might not be proper, but then I can read, and the survey clearly says the word transparency and has put Mumbai on number 1,” said the Sena chief.