No heavy vehicles to enter Mumbai on Wednesday

Heavy vehicles will not be allowed on the Pune-Mumbai expressway as well. 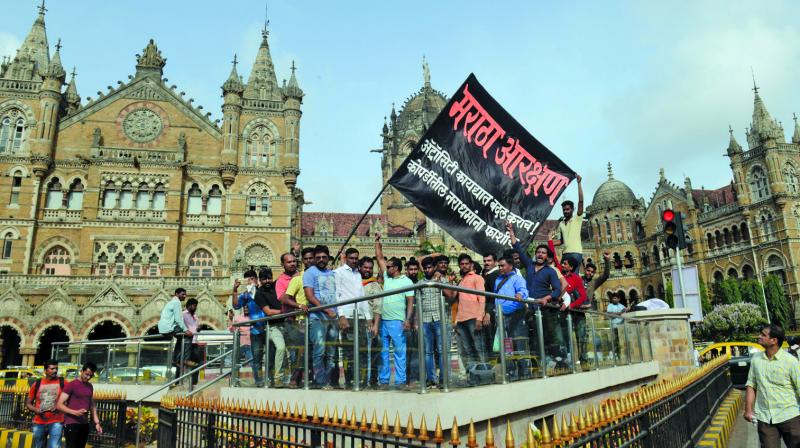 A group of people who have come from Kolhapur for the rally, posing near the CST station. (Photo: Rajesh Jadhav)

Mumbai: To avoid traffic congestion across the city, heavy vehicles will not be allowed to enter Mumbai on Wednesday due to the Maratha Kranti Muk Morcha to be held for twelve straight hours starting 7am the same day. Highway police has issued a notification banning heavy vehicles, including motor trailers, trucks, tempos, water tankers, oil tankers, generator vans, cement mixers and container vehicles, from entering the city on August 9.

All heavy vehicles entering Mumbai from all five national highways will be stopped at respective toll plazas near the city. Vijay Patil, superintendent, highway police, said, “Lakhs of people from across the state are expected to come to the city in private and public vehicles for this march to be held from Jijamata Udyan, Byculla, to Azad Maidan, on August 9. Wednesday being a working day for Mumbaikars, they have to travel as usual. Hence, there is possibility of heavy traffic jams across the city. Hence, we have issued a notification to avoid congestion. We don’t want common citizens to suffer due to traffic.”

Vehicles entering the city from NH-3 will be stopped at Ghoti toll plaza, while those travelling along NH-66 will wait at Chakan Phata till 7pm. Vehicles along NH-8 will be intercepted at Khaniwade toll plaza.

Heavy vehicles will not be allowed on the Pune-Mumbai expressway as well.

Emergency service vehicles, fire brigade vehicles, ambulances and government vehicles are not bound by the notification.