Toll collector says all are not violators as those who pay once are listed as ‘non-tollable’. 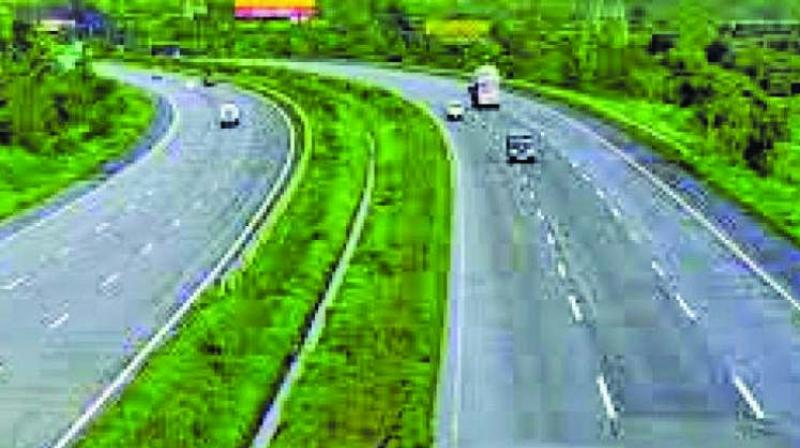 The toll collection rights of IRB will end in 2019.

Mumbai: On a daily average, 20,000 vehicles plying on the Mumbai-Pune Expressway are listed under toll violation category for not paying toll, says Maharashtra State Road Development Corporation’s toll collection data under Right To Information (RTI). This number is almost 50 per cent of the total traffic that runs on the 94-km-long expressway.

However, toll operator IRB Infrastructure Developers Ltd. claimed, “Once toll is remitted at either of the toll plazas, the vehicle need not pay at any exit toll and hence it passes through as non-tollable vehicle on exit point.” This raises a new concern considering that MSRDC’s data has listed such vehicles under the violation category and not exit toll, which is, exempted toll. When questioned on the same, a defensive IRB spokesperson said, “While passing through exit point, if the vehicle is not allowing toll authorities to register the vehicle’s entry, it (system) lists the vehicle under violation at exit point itself, although the system recognises and reports revenue at first plaza.” The spokesperson added, “There might be genuine violations by some, but it is not so that we do not get revenue from all violators. Since some don’t show their toll—paid receipt, our system adds them in the list of violators.”

Vivek Velankar, toll activist was of the view that those exempted from paying toll should be listed until exit toll category instead of violation. He said, “It is very shocking that the overall violating vehicles on April 1, 2017 are 29,788 and 30,212 on April 2, 2017.”

Several traffic studies have suggested that on an average 45-50,000 thousand vehicles pass the Khalapur toll plaza daily. Activists have expressed shock over the number of violators citing that on selected days, violators shown by the MSRDC are around 25,000. For example, on April 1, toll data by the MSRDC stated that 20,196 vehicles violated paying toll at the Khalapur toll plaza on the Expressway. Further, 3,614 vehicles were exempted from paying toll as they had made their toll payment earlier.

Dilip Salunkhe, chief engineer, MSRDC, said, “There are no violations or vehicles not paying toll in my knowledge. However, after you have brought into my notice, I will have to look into the matter as to what action could be taken against these violators.”