Meanwhile, leaders and workers from across the state have been visiting Mr Bhujbal. 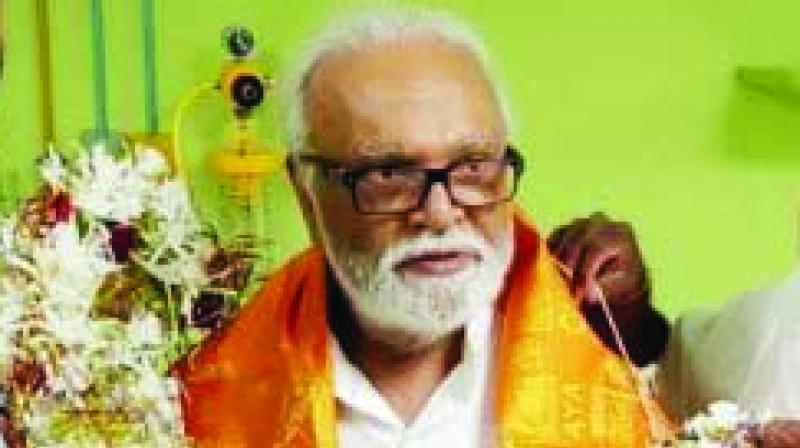 He will have to be admitted to a private hospital for further treatment.

Mumbai: Three days after the Bombay high court granted him bail in a money laundering case, NCP senior leader and former deputy chief minister, Chhagan Bhujbal, will have to stay for two more days at KEM Hospital where he is being treated for his gall bladder, revealed his close aides and hospital officials. Mr Bhujbal’s aides also maintained that he was unlikely to return to public life anytime soon as he first needed to get medical attention for his other ailments. Mr Bhujbal may be admitted to a private hospital after consultation with family doctors.

Dr Avinash Supe, dean, civic-run KEM Hospital, told The Asian Age, “Mr Bhujbal will be kept under observation for two more days at KEM Hospital for his pancreatitis and diabetes treatment.” Dr Supe, is himself treating Mr Bhujbal in the gastroenterology department. Mr Bhujbal’s close aide confirmed, “He is getting very good treatment there. So, for the next two days, he will be at KEM only.”

Meanwhile, leaders and workers from across the state have been visiting Mr Bhujbal. NCP leader Dilip Walse-Patil, Chitra Wagh, Sachin Ahir, Jitendra Awhad, Shiv Sena MLA Prakash Surve and others have visited Mr Bhujbal at KEM. A few other leaders have made courtesy calls to him, said sources.

As Mr Bhujbal also has other health issues, it is being said that he will first go home after being discharged by KEM Hospital. Thereafter, he will have to be admitted to a private hospital for further treatment. A close aide said, “It is unlikely that Mr Bhujbal will return to public life soon. It will take some time for him to return to active day-to-day politics.”