The 26/11 attack was carried out by a 10-man squad of terrorists sent to Mumbai. 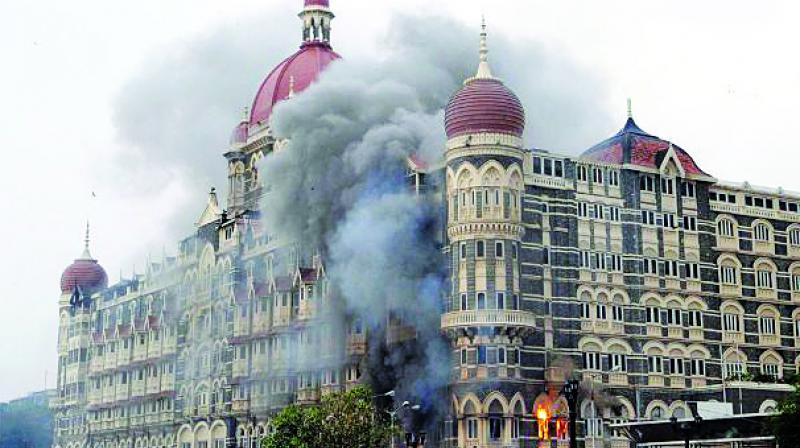 Mr Durrani said the attack “was carried out by a terror group based in Pakistan.”

Mumbai: Pakistan’s former National Security Adviser (NSA) Mahmud Ali Durrani’s claim that the 26/11 Mumbai attack was a classic example of cross-border terrorism carried out by a Pakistan-based group, has sparked off a fresh outrage. The victims of the 2008 terror strike have asked the Indian government to ensure that the masterminds of the attack holed up in Pakistan are punished.

The 26/11 attack was carried out by a 10-man squad of terrorists sent to Mumbai via sea route by the Pakistan-based terror outfit Lashkar-e-Taiba (LeT). One of the attackers, Ajmal Kasab, the lone terrorist who was caught alive by the security forces was hanged in November, 2012 after a trial.

Speaking at a security conference in Delhi on Monday, Mr Durrani claimed that the attack in which 166 people lost there lives “was carried out by a terror group based in Pakistan and was a classic trans-border terrorist event”.

While there is no sense of closure for the victims of 26/11 terror strikes even eight years after the attacks, Mr Durrani’s statement has reminded them of the blatant collusion between the Pakistan government and the terror outfits. Vaishali Ombale, the 28-year-old daughter of policeman Tukaram Ombale, who had caught lone terrorist Ajmal Kasab and died of bullet wounds, said, “There is no justice meted out till date as the masterminds of the attack are still at large. They need to be caught and brought to justice. This statement again brings the issue to light, and the government should put pressure on Pakistan.”

Manasi Shinde, wife of slain officer Shashank Shinde said, “It is good that there is at least acceptance from their side. This is the best chance of putting more pressure on Pakistan and push them to act against terror masterminds.”

Ujjwal Nikam, the public prosecutor in the 26/11 terror attacks case, said, “I would like to congratulate Mr. Durrani for speaking the truth about Pakistan’s involvement in the  attack. He was a former NSA and his admission is of great importance. He has admitted that the conspiracy was hatched in Pakistan and his claims have exposed Nawaz Sharif’s government.”