The 2017 Brihanmumbai Municipal Corporation (BMC) elections is the first time BJP is contesting the BMC elections on its own. 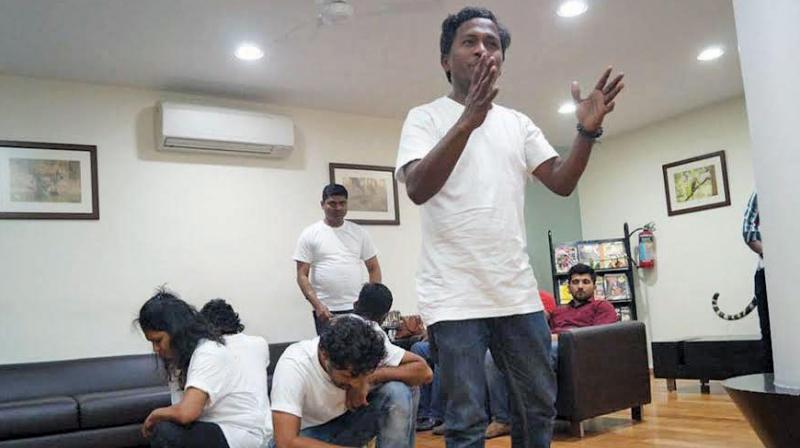 The name of these 500 street plays to be conducted by the BJP is Mavales of Shivaji.

Mumbai: The Bharatiya Janata Party (BJP) is conducting 500 street plays across the city, aiming to carry the Prime Minister and chief minister Devendra Fadanvis’s message to the public. BJP has got the permission from Mr Fadnavis for the same. In an effort to counter Shiv Sena, it is connecting the plays with Shivaji Maharaj, whose name the Sena invokes when canvassing for votes. BJP is calling the plays Mavales of Shivaji.

Late on Saturday night, BJP leaders Mihir Kotecha and Prasad Lad gave a presentation of the street play to Mr Fadnavis, following which the CM gave his nod for the plays to be conducted across the city. The 2017 Brihanmumbai Municipal Corporation (BMC) elections is the first time BJP is contesting the BMC elections on its own.

In the earlier elections, BJP piggy-backed on Shiv Sena’s already strong and existing cadre base. In 2012, the party hardly contested some 60 seats in Mumbai elections out of the total 227. However, this time around, BJP is contesting more than 190 seats and is using these street plays to gather crowd.

“We aren’t performing street plays, we are just taking our tradition ahead. Shivaji Maharaj used his Mavales (troops) to spread his message to villages. Similarly, our people will perform these plays with messages of work done by Prime Minister Narendra Modi and chief minister Devendra Fadnavis,” said Mr Kotecha.

Shiv Sena’s shakhas are crowded even on non-election days. However, during elections they become the central focus point for the party cadres and candidates. The shakhas are used as a point to send out messages related to the party and the work of the leaders. BJP lacks such a system and hence it seems to be falling on techniques like street plays.