40 US scam victims confide in cops

Complainants told Thane police how and for what amount they were duped. 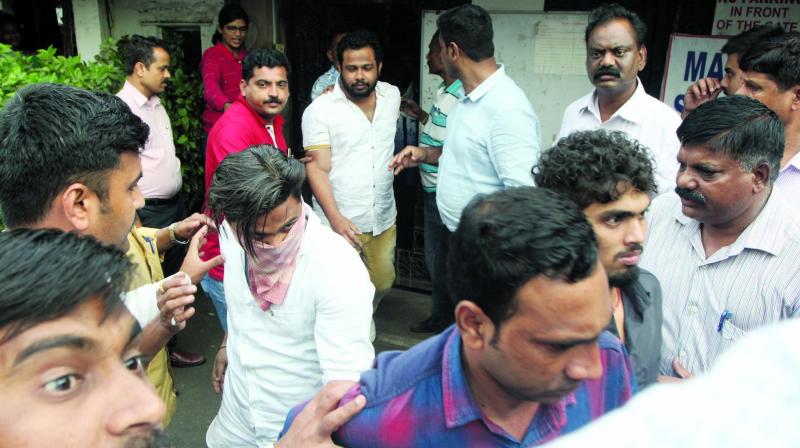 The employee of nine call centres in Mira Road would extort US citizens while posing as their tax and immigration authorities.

Mumbai: Forty United States nationals, who had been extorted by employees of Mira Road-based call centres in the name of their country’s tax and immigration authorities, have recorded their statements with the Thane police.

The police contacted the US nationals after stumbling upon their contact details during searches conducted at the call centres.

The complainants have described to the Thane police how and for what amount they were duped, the findings of which have been included in the chargesheet submitted on Friday. The chargesheet was filed against 80 accused from nine call centres that were raided in October.

According to sources in the Thane crime branch, the complainants were contacted soon after the scam was unearthed. “We found their phone numbers in the list maintained by call centre employees. We first ascertained whether these were numbers of any of the people involved in the scam and once we were sure that these are victims, we decided to contact them,” said an officer. He added that a bulk SMS was sent to these numbers. “We sent the message to at least 60-70 numbers and received replies from 40 people.”

The officer explained that all the 40 replies were from people who had been conned for various amounts by the call centre employees.

The scam’s mastermind Sagar Thakkar alias Shaggy, who is still on the run, would allegedly arrange for data on US nationals to be sent to his aides who would then pass it on to the employees. The employees, sitting in nine call centres in Mira Road, would call up the US citizens pretending to be officials of the US’s Internal Revenue Service (IRS) and since they had undeclared income they would have to pay a fine or face arrest. The scared victims would then send transfer huge amounts of money to the account numbers provided by the call centre employees.

“All the replies we received were from people who wanted to help us in the investigation. They provided us with information about how and when they had received the calls and how much money had been asked to transfer. They even provided us with the account numbers that they transferred the money too,” said the officer. The findings from all the 40 people have been included in the chargesheet that the Thane police submitted in a local court on Friday.