Two women (aged 25 and 39) were rescued from the clutches of flesh traders. 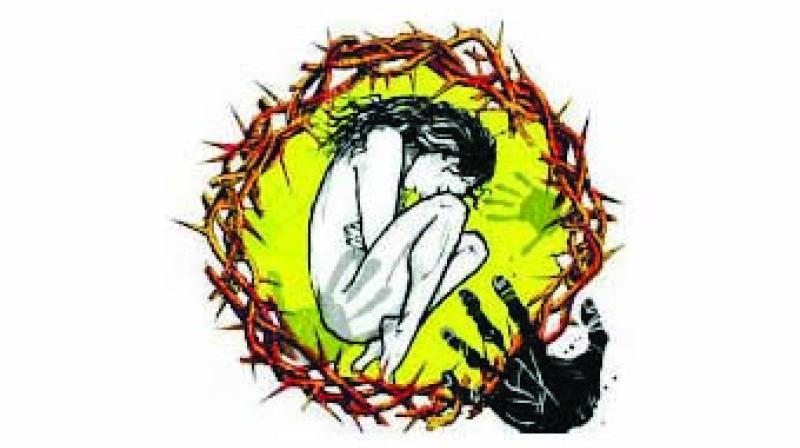 Two women were rescued from the flesh traders.

Mumbai: Sleuths of the anti-human trafficking unit (AHTU) of Thane (rural) police on Tuesday busted a sex racket being run with the help of an online portal during a raid at a brothel in a well-known residential society at Mira Road.

While three female pimps, including the flat-owner have been arrested, two women (aged 25 and 39) were rescued from the clutches of flesh traders.

Acting on a tip-off, the AHTU team led by assistant police inspector Sanjay Bangar, under the instructions of SP Dr Mahesh Patil, sent a decoy and after confirming the authenticity of the information, raided a flat in the posh Shanti Park area of Mira Road.

The pimps identified as Kiran Mishra (45), Poonam Agarwal (30), and Zeenat Singh (32) were caught red-handed while accepting Rs 3,000 for the rendezvous.

During investigation, the police stumbled on an online prostitution racket being run by one of the accused through a web portal to lure clients under the garb of massage and escort services.

While a case under various sections of the stringent Prevention of Immoral Trafficking Act (PITA) has been registered against the trio that has been remanded to custody, both rescued girls have been sent to a rehabilitation centre in Thane.

API Bangar said, “During the raid, we found that one of the pimps placed advertisements on commercial web portals. The case has been handed over to the Mira Road police station to carry out further investigation.”