No illegal Ganesh pandals will be spared, says BMC

BMC chief directed to give all permissions as per the HC directions. 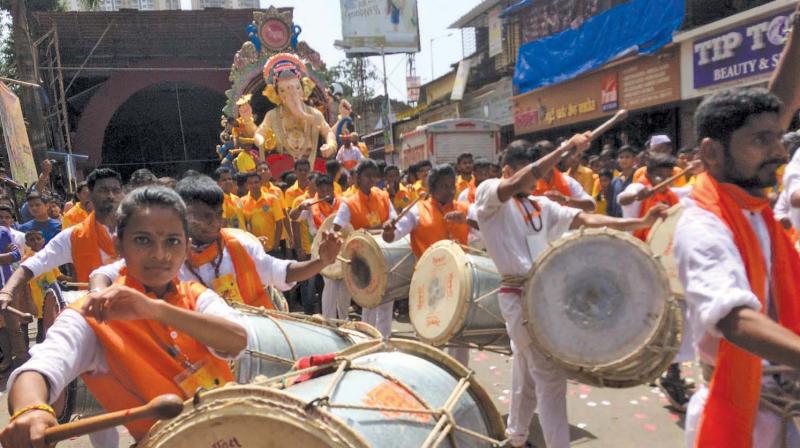 After a high court directive against structures encroaching roads, the BMC had drafted rules for pandals in 2015 mandating to secure police, traffic and fire department approvals.

Mumbai: The Brihanmumbai Municipal Corporation (BMC) has warned Ganesh mandals in the city that not a single mandap (pandal) will be allowed to set up without proper permission. The warning has been issued on the backdrop of several mandals erecting pandals and occupying public space without civic body’s permission.

In a monthly review meeting held on Saturday, BMC chief Ajoy Mehta asked assistant municipal commissioners to ensure that no pandal are allowed to set up in their respective areas without civic permission. He also directed that all permissions should be given according to directions of high court.

After a high court directive against structures encroaching roads, the BMC had drafted rules for pandals in 2015, for the convenience of pedestrians. As per the policy, the BMC made it compulsory for all mandals to get approvals from the police, traffic and fire departments. To improve the approval rate, the BMC had introduced a single-window clearance in city’s 24 wards. The policy also requires organisers to submit a location map, a sketch of the pandal and its measurement. Organisers must display route maps near pandals to help pedestrians and motorists.

According to civic officials, there are nearly 10,500 Mandals across the city, but only 20% of them seek approvals to erect pandals.

“We have asked all Ganesh mandals to use online registration system for seeking permissions for the festival, but as majority of mandals officials are senior citizens, they are not techno-savvy. Hence, we have asked the BMC to allow registration offline too,” said Naresh Dahibhavkar, president of Brihan-mumbai Sarvajanik Ganeshutsav Samanvay Samiti (BSGSS).