Gives him ten days for the payment of Rs 5 lakh as surety. 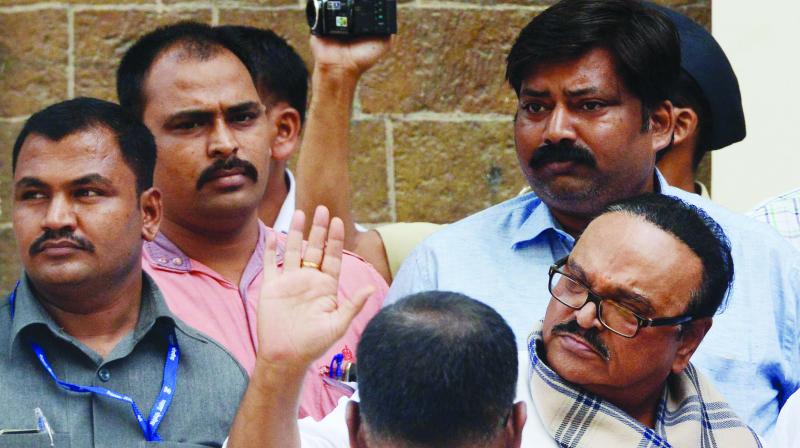 Chhagan Bhujbal after he got bail.

Bhujbal — who has spent 781 days behind bars — had been arrested by the Enforcement Directorate (ED) in connection with the Maharashtra Sadan scam and the Kalina land case on March 14, 2016.

Justice P.N. Deshmukh allowed him to be released and granted him ten days for the payment of Rs 5 lakh as surety.

Shalabh Saxena, Mr Bhujbal’s lawyer, said, “We filed the bail plea on the sole ground that the apex court struck down Section 45 (1) of the Prevention of Money Laundering Act (PMLA), which imposed strict conditions on the granting of bail to persons arrested under provisions of the PMLA.”

Sujay Kantawala, the counsel appearing for Mr Bhujbal, contended that he was entitled to bail after the Supreme Court’s removal of Section 45 (1) of the PMLA.

He said that the PMLA court had made a mistake by rejecting Mr Bhujbal’s bail application after considering materials that only needed to be brought up at the trial stage.

Justice Deshmukh, while granting Mr Bhujbal bail, imposed certain conditions. Mr Bhujbal must surrender his passport to the court and attend court on trial days, and he is not to tamper with any evidence or witnesses.

Activist Anjali Damania, who had filed a public interest litigation alleging corrupt practices by Mr Bhujbal and his family, tweeted, “Shri Chhagan Bhujbal granted bail by Mumbai High Court. NCP seems to be celebrating. But I would like to remind them that this is only a BAIL. He has NOT been acquitted. All charges against him have been established and it is a matter of time before he goes back to prison.”