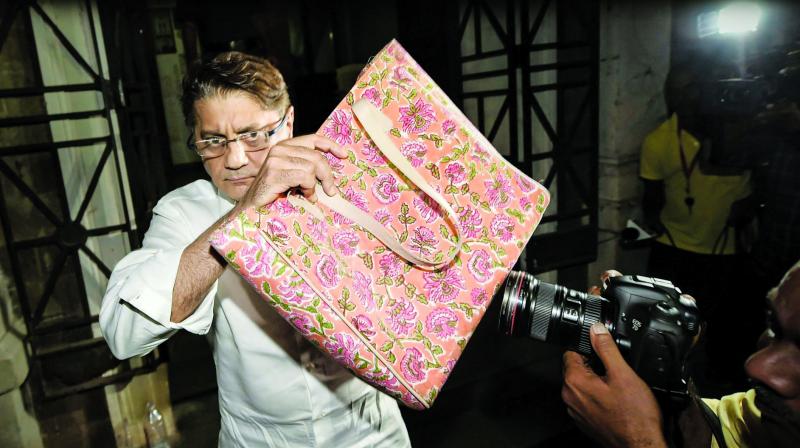 The ED officials questioned Deepak Kochhar and Videocon Group chairman Venugopal Dhoot for 12 hours. They left from the ED office on Sunday after which questioning of Chanda Kochhar and Nishant Kanodia began.

The investigators said that Nishant Kanodia’s companies, which are based in Mauritius, kept investing money in Nupower Renewables despite the venture registering losses, a matter, which is under investigation. The officials added that the money-laundering probe is also underway to ascertain these transactions. The money was diverted allegedly via a web of companies in Mauritius.

Chanda Kochhar has been grilled in connection with quid pro quo for sanctioning loans to these ventures. “If needed we will summon the accused person for questioning again,” the ED officials said.

On Friday, the ED raided at least six locations, including residences of Chanda Kochhar, Deepak Kochhar and Dhoot in Mumbai and Aurangabad, respectively. The agency began questioning the trio based on the documents seized in the raid. The first round of questioning was concluded at around 4am on Saturday and later began in afternoon.

The ED has also issued lookout notices against Chanda Kochhar, Deepak Kochhar, Dhoot with the immigration authorities restricting them from leaving the country. Apart from the documents, computers and hard disks seized during the searches will also be analysed for accessing the data stored in them.

The ED has registered a criminal case under the the Prevention of Money-Laundering Act (PMLA) early this year against Chanda Kochhar, Deepak Kochhar, Dhoot and others to probe alleged irregularities and corrupt practices in sanctioning of Rs 1,875-crore loans by ICICI Bank to the corporate group.