They also alleged that the shortage of water is causing an increase in the number of contamination complaints. 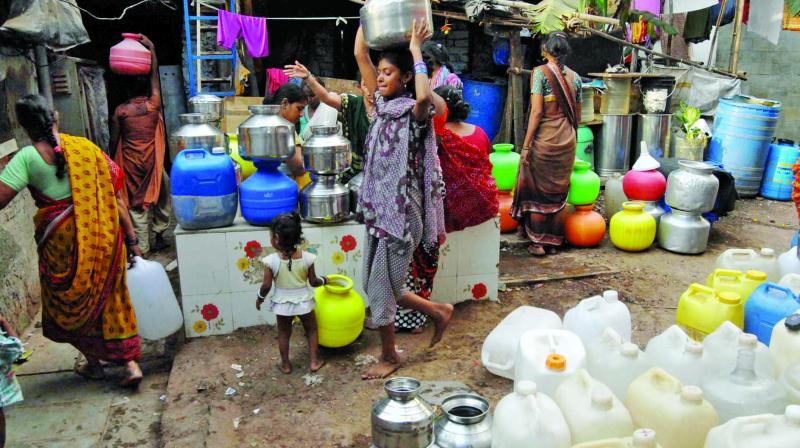 It shows how serious the civic administration is about solving the water issues in the city, they said.

Mumbai: Irked with the water woes that the city is facing, Opposition party members in the Briha-nmumbai Municipal Corporation (BMC) have threatened to sit on dharna at the mayor’s bungalow at Shivaji Park if water supply is not normalised before Diwali. They also alleged that the shortage of water is causing an increase in the number of contamination complaints.

The chaos erupted in the BMC house on Friday over the shortage of water being witnessed in several pockets of the city. Raising the issue, Opposition leader Ravi Raja from Congress said, “The festival of Diwali is round the corner and Mumbaikars are facing water crisis. Not only residents but also essential services like hospitals are affected due to the inadequate water supply. If such a scenario continues during Diwali too, we would be forced to sit on dharna outside Mayor’s bungalow,” he said.

The Nationalist Congress Party (NCP) corporator, Saeeda Khan said that the Briha-nmumbai Municipal Corporation does not have an alternative arrangement of water supply in case of crisis. There is acute water shortage in several parts of the city. Adding to this, the civic administration has been implementing hidden water cuts.

During the discussion over water crisis, the Opposition members also objected to the absence of chief hydraulic engineer in the house. It shows how serious the civic administration is about solving the water issues in the city, they said.

Meanwhile, former member of parliament (MP) Milind Deora met municipal commissioner Ajoy Mehta over the water problem in parts of South Mumbai. “Many parts of Cuffe Parade, slums in Geeta Nagar, parts of B Ward are all witnessing water shortage. The issue needs to be seriously looked into. There is a need of long term solutions to be put in place to tackle the water shortage issue,” he said.